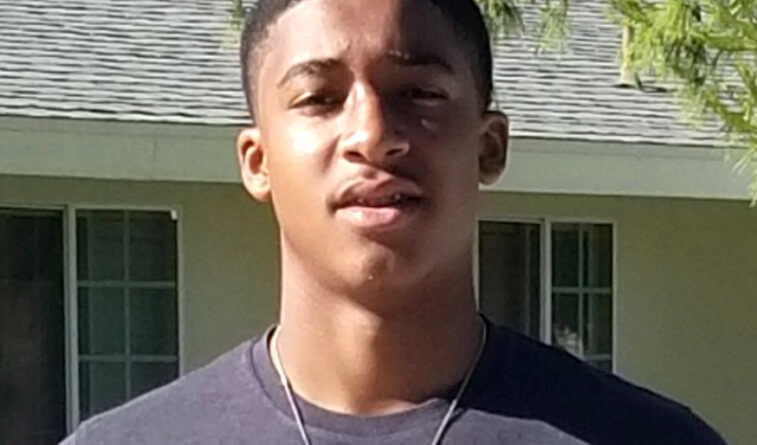 APPLE VALLEY – It’s not often that a player on the West Coast receives their first offer from a Southeastern Conference school. The majority of the very top prospects in California high school football don’t get offered from SEC schools at all.

Denegal is in his first year on the varsity team, as he spent last season getting reps on the freshman squad behind two older standout quarterbacks on JV and varsity. The last two seasons, Apple Valley had one of the best quarterbacks to ever come out of the High Desert in Jeff Widener, who’s now at Northern Arizona University.

Head coach Matt Rohrbaugh and offensive coordinator Robert Meras gave Denegal the keys to the Sun Devils’ offense this season, and he responded with 2,154 passing yards, 33 passing touchdowns, 68.2% completion, and only six interceptions during the regular season.

Denegal’s efficiency for a tenth-grader is turning heads, as are his physical tools. He stands nearly 6-foot-5 in his bare feet and is close to 220 pounds. He also has exceptional arm strength and can already sling it way down the field with ease. With offers from two top SEC programs already in tow and a strong likelihood of many more in the near future, Denegal could grow into one of the top prospects in High Desert history.

Stepping into a program in the midst of its best run in school history — not to mention taking over for Widener– was a ton of pressure for a sophomore, but Denegal quickly showed that he was up to the challenge. It was roughly after Week 4 that his private quarterback coach, Danny Hernandez, and his father texted him that Auburn had officially given him his first offer.

“It was super sudden,” said Denegal. “I didn’t know it was going to happen. It was exciting.”

On top of Apple Valley’s intense practice and training schedule, Denegal regularly stays after practice and works on routes with his receivers. On weekend mornings as soon as his personal film from the prior game is available, he meets up with Meras and they review his entire performance at length and in detail.

Denegal thinks of his best quality as a quarterback as his ability to stay in the pocket and get a throw off under duress. Coach Meras concurs, saying his greatest strengths right now are his long-distance arm strength and his ability to read defenses and make good decisions. In addition to lifting in the offseason, he plans to do some extra speed training to work on improving his dual-threat capabilities.

“I want to be a dual-threat, so defenses can’t just back up on me and drop into coverage,” said Denegal. “Getting better at scrambling, and if guys aren’t necessarily open, getting out of the pocket and getting the first down.”

It’s early, but it’s no secret that Denegal is on a path to bring even more big-time college football coaches and scouts to the High Desert.

“I want to help bring college looks up here so that more [High Desert] kids can play in college, and be an example that other kids can do it,” said Denegal.