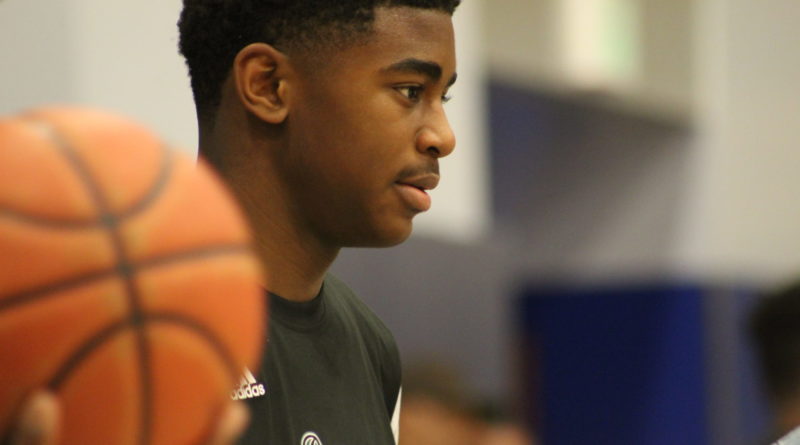 Here are numbers 40 to 36 in our team rankings.

Outlook: The Eagles are in the midst of a stretch that has seen them win 20+ games in three straight seasons while collecting the D1 Championship in ’17 and ’18. Santa Fe Christian returns four of five starters from last season’s 21-9 team that made the San Diego Section Open Division and advanced to the 2nd round of the CIF D2 State Playoffs. Senior Sam Dudley along with juniors Keatten Smith, Hayden Gray, and Trevan Martin are experienced and know the system well, one that requires a lot of perimeter shooting. Their play in the offseason showed they can run with anyone in San Diego. Depth and rebounding are likely the two biggest concerns.

Outlook: The Lancers went 26-7 last season and rolled through the playoffs on their way to the D2 Championship. They make the jump up to D1 this season and return 2 of their 3 double digit scorers in Jailen Nelson and Caleb Nelson. Carlsbad will need contributions from Bradley Smidt, Kyle Vassau, Sam Sitarz, Carson Frincke, and Henry Hartwell who all saw limited time last season. The Lancers will gain experience from playing in a talented Avocado West League that should prepare them for a run towards the Open Division playoffs.

Outlook: Saugus brings back everybody. The question is can the Centurions dethrone Valencia to win the Foothill League? Adrian McIntyre is a great lead guard and sophomore guard Nathan Perez is a solid secondary scoring option. Center Cameron Nale, and guards Stephen Tampus and Kyle Santiago will make or break Saugus’ league title bid. Those three role players will be key against elite opposition that will make life difficult for McIntyre and Perez.

Outlook: St. Bernard’s only returns one starter from last year’s team, Nick Bowden, but they have added two impact transfers and two freshmen with great potential. St. Bernard’s may be a top 25 Southern California program by the end of the season. Shooting guard Reese Dixon and forward Damion McDowell have come in from Dorsey. Dixon is one of the top players nationally in the 2021 class. Freshmen Darius Carr and Tyler Rolison will be relied upon heavily. Bishop Montgomery and St. Anthony are ahead of St. Bernard’s in the Del Rey League on paper to start the year, but watch out for the Vikings. You’ve been warned.

Outlook: The Titans return 13 players from last season’s 22-8 team including All-CIF selection Adam Sevier. The Titans lost to eventual champion Torrey Pines by 4 points in the 1st round of the Open Division playoffs. Poway also gets junior guard Miles Wingfield back from injury, which should help solidify their depth. Sevier will need a couple teammates to step up and help with scoring, but the Titans look to be the overwhelming favorites in the Palomar League and should make their way back to the Open Division playoffs.