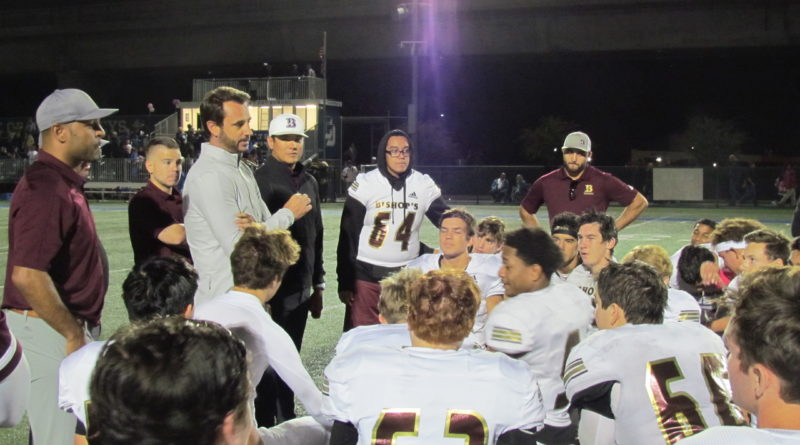 With the 2019 CIF San Diego Section high school football playoffs kicking off on Friday, here are five teams that drew tough matchups and should be on upset alert.

The Tigers were awarded the 5-seed in the Division 2 playoffs but were certainly not excited to see Mira Mesa as the 12-seed. The Tigers and Marauders are both in the Eastern League and played just two weeks ago. Mira Mesa won that game 28-6 at Morse and will have the same task again this week. The Marauders were able to hold the Morse rushing attack to 2.9 yards per carry and under 100 total rushing yards for only the second time this season. Mira Mesa may be one of the youngest teams in the section, but they’ve grown up as the season has gone on and will definitely have Morse’s attention on Friday.

The Knights rolled into the playoffs undefeated, receiving the 1-seed and a bye in the Division 2 playoffs. The road ahead may not be as smooth as the top team that Bishop’s played this season is Mater Dei Catholic, who was awarded the six-seed in division three. With success in recent seasons the Knights vaulted up to division two this season and will likely see larger public schools as the playoffs go on. Bishop’s will likely see Poway in round two with the possibility of Morse, Mira Mesa, El Camino, and San Pasqual all down the road. The challenge for Bishop’s won’t be scoring, we know that they can hold their own in that category against anyone in San Diego. Defense and depth could cause big issues for the Knights. Having so few players on the roster when taking on public schools with rosters as big as three times the size could pose a very serious issue for when the time comes.

Holtville enters the Division 5 playoffs with an 8-2 record, but a closer look may indicate that the Vikings were the beneficiary of an extremely weak schedule. Holtville only played one opponent with a winning record, which was a loss to top-seeded Vincent Memorial. Mission Bay and San Ysidro will play in round one for the right to travel out to Holtville. The Buccaneers who are heavy favorites in that game appear to matchup very well with Holtville and will certainly have the top player on the field in senior Evan Aguon. Jose Devoux is averaging 155 rushing yards per game and has scored 30 touchdowns on the season. He’ll need to be on his “A” game as the Vikings will see a step up in competition beginning in round two.

The Cougars saw their undefeated season end in Week 11 at the hands of Helix. Steele Canyon held a 21-7 halftime lead but surrendered 28 second-half points to end their winning streak. They’ll have a bye in the first week of the playoffs but then will likely be tested against an Oceanside team that has been inconsistent but has the fire power to play with anyone in Division 1. A potential semifinals matchup could pit the Cougars against Madison, who they defeated 19-14 in week two. Madison has improved significantly since that game and could provide a roadblock between Steele Canyon and a championship game appearance.

The Cavers had their 16-game winning streak ended in September by Serra and began to scuffle down the stretch in league play. They still ended up with a 4-seed in the Division 3 playoffs. Their first game will come against the winner of this weekend’s Mt. Carmel @ Central game. Mt. Carmel struggled throughout most of the season but were able to finish with back-to-back wins in league that allowed them to snatch up the last playoff spot in the division. Central enters the game on a 5-game winning streak having run through the Imperial Valley League unscathed. The winner of that game is sure to give the Cavers a big challenge and possibly make an even deeper run towards the division three title game.