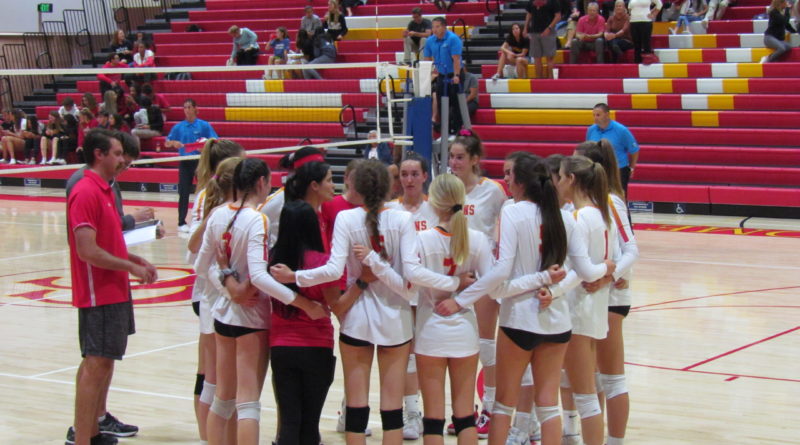 Cathedral Catholic, who’s hovered among the top teams nationally all season jumped out to a 10-5 lead in the 1st set on their way to winning it 25-18.

La Costa Canyon picked up their play in the 2nd set led by senior Sophia Tulino, who will play next year at Santa Clara. The Mavericks finished off the set winning 25-20 to even up the match.

Cathedral Catholic got back to their earlier ways in the 3rd set grabbing a 16-10 lead to force a La Costa Canyon timeout. The Dons kept on powering after the timeout winning nine of the next thirteen points to take a 2-1 lead in the match.

Endsley continued her dominant serving and hitting in the 5th set as Cathedral jumped out to a 5-0 lead forcing a Mavericks timeout. Cathedral kept up their play extending the lead to 17-4 forcing another Mavericks timeout. The Dons were able to cruise from that point on to a 25-10 in the 4th set to grab the match, 3-1.

The Championship will be played at Cathedral Catholic HS on Saturday night at 6:15pm.