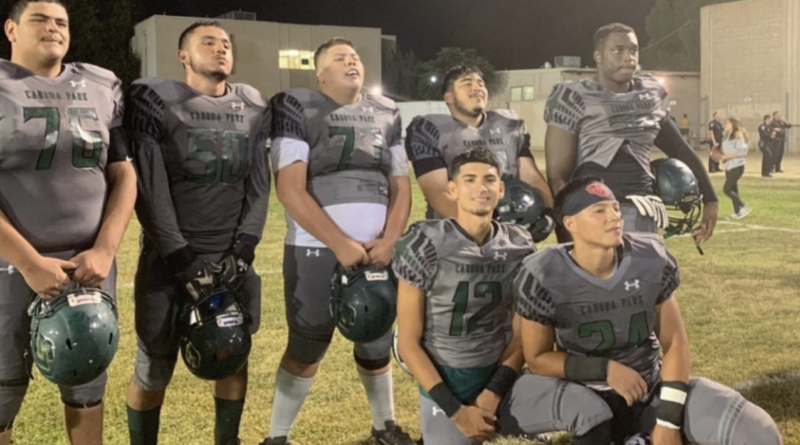 The football playoffs begin this week in the LA City Section. You can find all five of the City Section playoff brackets here, from the Open Division to 8-man.

San Fernando is the two seed in the Open and will face Crenshaw following their undefeated regular season.

Palisades fell to the number six spot in the CalPreps rankings even with Narbonne’s ban, so they’ll travel to Banning in ten days for the #6 vs. #3 game in the Open Division.

Narbonne’s forfeit against Banning on Friday pushed the Pilots to the number three seed in the Open. Their last-second win over Carson a few weeks ago was massive for seeding purposes.

Following an East LA Classic win, Garfield is the five seed in the Open and will travel to play Birmingham.

Birmingham’s beatdown of Granada Hills propelled the Patriots to the four seed in the Open Division playoffs.

Crenshaw dominated the Coliseum League, but an out of league loss to Garfield kept the Cougars on the lower end of the top eight. A trip to San Fernando awaits in the #7 vs. #2 game.

The Regents are the two seed in Division 1 and host South Gate on Friday.

With Narbonne out of the top ten, it’s Canoga Park who breaks into the rankings this week. They’re the two-seed in Division 2 and will host Fremont on Friday.