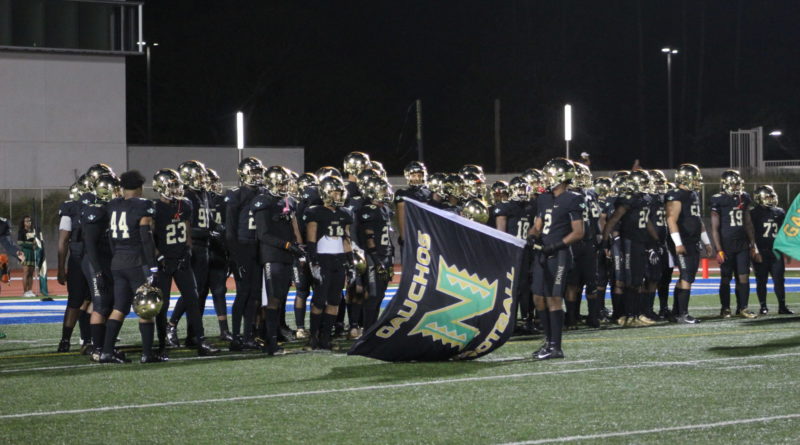 There’s a win at all costs mentality in Southern California high school football that is poisoning the game. It’s not an issue across the board, but it’s becoming clearer and clearer that with some teams, victories are all that matter.

One of the worst offenses is changing grades to make players eligible to compete on Friday nights. Narbonne was found guilty of that last month and the LA City Section brought down the hammer last week, banning the team from the playoffs for the next two seasons due to academic misconduct and an issue with transfers (I’ll hit on this later).

The Gauchos got caught and will suffer the consequences, but are we naive enough to think this is only happening at Narbonne?

Coaches and administrators like to trumpet how they are positive role models for the athletes in their programs — have you checked Twitter lately? — but then strong arm their peers into altering grades to get top players onto the field. And for what?

It’s all about piling up victories and fielding a competitive team. Because in 2019, winning is all that matters.

Narbonne was also punished for having transfers who claimed to have valid changes of residences not staying where they said they moved. Once again, that’s not unique to the Gauchos.

“The question is how many football teams with multiple transfers could survive a late-season visit to check their addresses? Usually schools do address checks at the beginning of the season to verify their validity and put the matter to rest. It’s good the LAUSD followed up. Cheating shouldn’t be acceptable, even if the excuse is everyone does it.”

Rebuilding years are now viewed as signs of weakness. In the past, it was common for some teams to have years with loaded senior classes and others to be flush with underclassmen. That was part of the fun. Coaches had to piece together how they could get their teams to overachieve in what was supposed to be a down year.

Today it’s not rebuild — it’s reload. Since there is such an emphasis on winning, teams will do whatever it takes to stay competitive, even if they have to bend the rules. I thought Sondheimer hit the nail on the head with his line on cheating.

Parents are part of this toxic culture too. There have been some flat out bizarre transfer sagas in the last few years. Disagreement with the coach? Transfer. No varsity playing time as a sophomore? Transfer. Program looks like it’s on a downward trajectory? Transfer.

The player-coach relationship should be sacred. But in this self-obsessed win-now culture, parents and kids are burning bridges by moving on to supposed greener pastures.

The problem is on both sides. Some coaches build all-star teams so kids have no choice but to leave. I get it. I think that’s wrong on the coach’s part.

On the other side, there are parents who will have their kids transfer for a better opportunity when the reality is there really isn’t a better one out there. That’s on the parents and players. Staying and competing is often the best course of action. For some reason, that can be tough for people to hear. Of course there are some transfers that make a calculated decision to move on and it’s the right call. But like I said, the grass isn’t always greener.

In the last two years I’ve seen a decades-long friendship between coaches come to an end. I’ve seen dozens of players jump from team to team to team. I’ve seen players lie about addresses and school officials accused of changing grades. All in an effort to win high school football games.

Winning is important, but it’s not the end-all-be-all. Values shouldn’t be sacrificed, but in 2019 it happens routinely. In today’s climate, I applaud those who play by the rules. It sets a great example for the next generation.

In high school football there’s an allergy to adversity. And it has to stop

Now that I got that off of my chest, let’s get into the weekly breakdown.

La Habra quarterback Ryan Zanelli threw five touchdown passes in the first half of the Highlanders’ 42-6 win over Sonora on Friday. He’s thrown 37 touchdown passes this season and just one interception. La Habra is a pass-first team; having only a single interception is an exceptional mark.

Warren trailed by as many as 19 points in the fourth quarter. They were down two with 16 seconds to play before the Hail-Mary. Warren travels to 10-0 La Serna on Friday for a first round game in the Division 6 Southern Section playoffs.

How about this flip TD from Garfield defensive back Khyren Ross in the East LA Classic? Garfield beat Roosevelt 25-0 in the rivalry battle.

Narbonne quarterback Jake Garcia reacts to LAUSD’s decision to cancel the Gauchos’ senior night game against Banning following the City Section’s ruling banning Narbonne football from the playoffs for this year and next year.

The game was called due to safety concerns.

They’re all big this week with the playoffs beginning in the LA City and Southern Sections.

In the LA City Section, Cleveland over Roosevelt

One thought on “Morrissette on football: ‘Win at all costs’ culture a detriment to Southern California high school football”