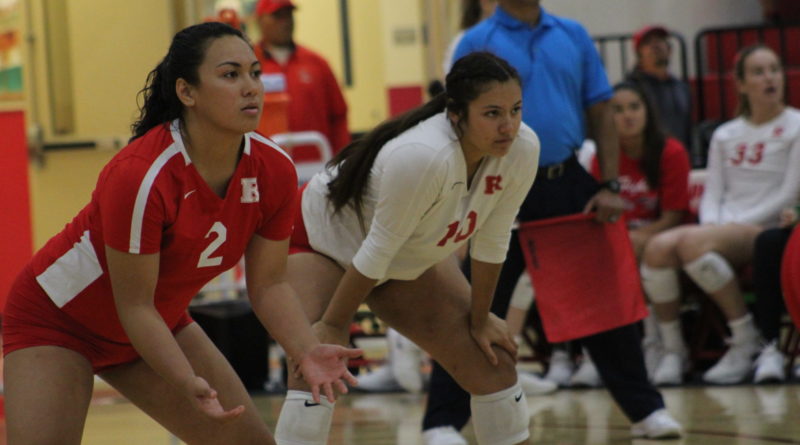 REDONDO — When Redondo Union head coach Tommy Chaffins has his full team at his disposal, the Sea Hawks play like the top team in the country. That was the case Saturday night as Redondo rolled to a 3-0 (25-14, 25-23, 25-19) Division 1 semifinal win over Sierra Canyon.

There have been times when Redondo players have missed matches for USA camps or because of an injury during the 2019 season, but when everyone plays, the Sea Hawks haven’t dropped a set on the year.

Ten Redondo players are committed to play at the collegiate level. It’s ridiculous depth and it was on full display on Saturday.

“I thought Nalani Iosia made an adjustment to her jump serve which wasn’t quite on tonight and found a way to score,” Chaffins said after the victory. “Kami Miner set beautifully. Our outsides, Lauren Osborne and Mele Corral-Blagojevich were big all night. I thought Jesse Szymanski and Laila Ricks came up big. We had more varsity experience and that ultimately won out.”

Redondo won the first and third sets with ease, but were challenged in the second set.

Redondo will take on Mater Dei for the Division 1 Southern Section championship on Saturday. The Sea Hawks beat Mater Dei 3-2 in a thriller at home back in September.