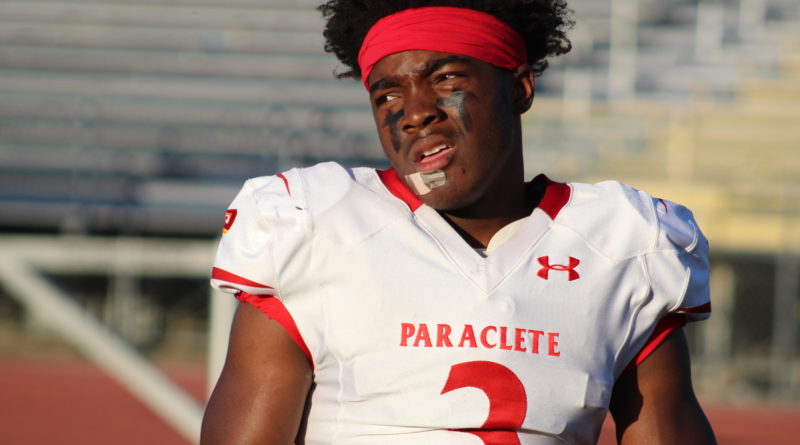 In the last week of the regular season, a lot of teams are still playing for league titles while others’ regular seasons have been reduced to competing for bragging rights and playoff chances. Either way, many teams have a lot on the line this week in Southern California high school football. Here are the top 15 Southern Section games of Week 10:

This is a rare game for JSerra in that they have nothing to lose. They could get annihilated against Mater Dei and it probably wouldn’t affect their playoff seeding one bit. The Lions are frustrated after failing to compete for a Trinity League title, losing badly to St. John Bosco and more recently to Servite. But they bounced back to shut out Orange Lutheran last week. Mater Dei is unlikely to ease up at all after winning the biggest regular season game of the year against Bosco, but if they sleep on JSerra, they will regret it.

Muir’s league title dreams were crushed last week by Crescenta Valley, but they clearly didn’t have a problem getting up for a rivalry game at the Rose Bowl. Pasadena would be considered a contender for the Division 11 championship, but the team they played on Thursday is the one they’d have to get through in the playoffs.

One more win to finish league and Servite would lock up a top-5 seed in Division 1, giving them a great chance to not only make D-1 playoffs but contend for a title. They certainly believe they’re in the running after nearly knocking off St. John Bosco in league. But a win over Orange Lutheran isn’t guaranteed if they don’t bring their A-game like they have almost every game this season. The Lancers have the Division 2 playoffs to look forward to and play with a lot of passion and swagger, so they won’t blink despite being heavy underdogs on paper. After OLu held JSerra to only 19 points last week, a similar defensive showing could give them a chance at an upset.

After a great showing in league play, Pacifica has already locked down the second seed in the league and a spot in the Division 8 playoffs. A win over Cypress would have given them a league title as well via tiebreaker.

A win for Chaminade would lock up the second seed in the Mission League, which would be outstanding for an Eagles team that had a rough preseason undergoing a lot of transition. Chaminade should be eying an underdog Division 3 run and a win would help them continue to rise in the bracket, but injury-plagued Serra is back on track after defeating Alemany last week.

At 4-0 in league, Valencia controls their own fate. A win here means a Foothill League title. But it will not come easily from West Ranch, who can win the title themselves with a win tonight if Hart loses to Golden Valley, or otherwise force a three-way tie with a victory. It would be monumental for Division 7 West Ranch to knock off Division 1/2 Valencia, and is more than possible.

Calabasas already secured the Marmonte League title, so the Lions and Warriors are duking it out for second. Both teams are better than their records indicate and sorely need to boost their resume for playoff seeding.

After retroactively forfeiting a victory over St. Francis, Westlake is only 2-7. Because they’ve played a grueling strength of schedule, the Warriors are far better than their record indicates, and are easily a top-16 team in Division 3. A second place finish in league would pretty much guarantee them a spot in the Division 3 playoffs.

Oaks was a Division 1 semifinalist last season and is guaranteed a spot in Division 2. Injuries to QB Jameson Wang and LB Mister Williams derailed their season, but they’re gaining steam in time for the playoffs and a win against Westlake would really boost their chances of a playoff run.

At 2-0 in league, Cathedral is playing for an outright league title. St. Francis could be playing for one as well, but was upset two weeks ago by Crespi. Crespi has Salesian this week and will almost certainly win. So if Cathedral wins, they win the title, but if they lose, it will be a three-way tie unless Salesian shocks the world and defeats Crespi. Additionally, both of these evenly matched Division 3 squads could really use a boost on their resumes. They both know the stakes are high.

These two squads came into Thursday’s game still unbeaten in the Ivy League. Rancho Verde emerged still unscathed and with a league title in hand. Rancho Verde (Division 2) and Heritage (Division 3) are both clear playoff teams.

Both of these squads came into Mission League play with legitimate hopes of winning the title and had them dashed nearly right away, but this could still be an excellent game to see. Alemany and Notre Dame are very evenly matched and have a lot to gain or lose for playoff seeding in the last week of the season. The Warriors have a realistic chance at a Division 3 championship run, and the Knights are in the same boat in Division 2.

In the Gold Coast League, Paraclete and Sierra Canyon are in their own bracket since they are many divisions ahead of their competition. So their matchup to end the regular season this week is the league championship. Paraclete has had some great wins over Chaminade and St. Francis, but are catching Sierra Canyon in midseason form. The Trailblazers just had their best win of the season against Grace Brethren, and look more like potential Division 2 finalists by the week. Paraclete has a chance, but everything has to go right.

This is the South Coast League championship game outright. At 4-0 in league, Mission Viejo is one game up on Tesoro, but a win would give the Titans the tiebreaker. Mission Viejo got revenge on San Clemente in a lopsided game last week and has been almost perfect this season, but cannot afford to clock out early. Tesoro is 8-1 with their only loss coming to San Clemente–every other game has been a blowout victory.

The Baseline League championship between two stylistically opposite teams could be the game of the year for the Inland Empire. Rancho Cucamonga forfeited a 54-3 beatdown of Etiwanda and Upland forfeited a victory over Damien, but otherwise, these two teams haven’t lost in league, and are both 3-1. The teams couldn’t be much more evenly matched, and it will be fun to watch them fight for tempo.

Upland is significantly stronger at defense than offense, and likes to grind out slow, steady victories. Rancho Cucamonga has one of the better playmaking cores in Southern California that overshadows their middling defense, and every game they play is a high-scoring shootout with lots of possessions. Last year, Rancho Cucamonga upset Upland, but they don’t have any wins against teams on Upland’s level so far this season.

Grace Brethren’s finally lost a game last week against Sierra Canyon, but it wasn’t a league game despite being in October. Still, a loss to Camarillo would land the Lancers in second place because of the tiebreaker.

Other than a 26-25 win against Oxnard, Camarillo has had a relatively easy schedule. Grace Brethren is significantly better than any other team Camarillo has faced all season, but the Scorpions have more than enough talent to compete. The question is if they’ll be ready to rise to the occasion against an even more talented team that has been tested against elite competition numerous times this season.