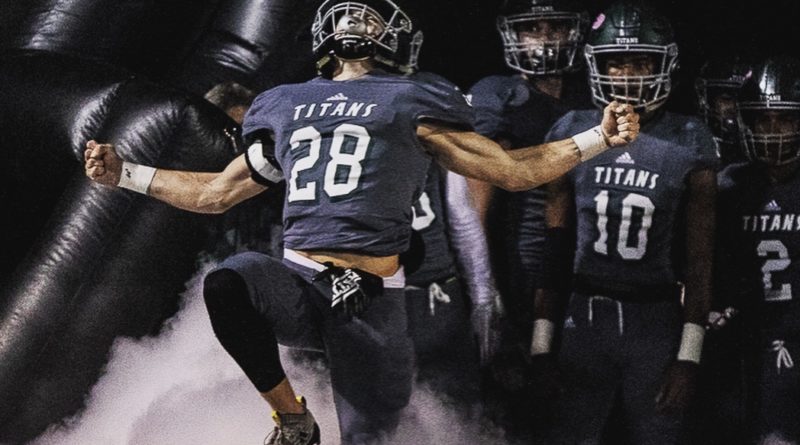 The Cougars have dominated all season relying mainly on a stifling defense but have seen their offense breakout in recent weeks. Chance Johnson, who’s picked up several offers over the past few weeks, has been a key piece for Steele Canyon as they’ve allowed only 70 points so far this season. Despite the loss of Elelyon Noa for the season, Helix hasn’t missed a beat in their four league games winning by a total of 160 points over that time. Sophomore Christian Washington has stepped in and looks like the next big Highlanders running back. He’s rushed for 10 touchdowns in the last four weeks.

Arguably the two hottest teams in the section, both Vista and Carlsbad rolled through their respective leagues undefeated and come in having won a combined 13 straight games. Vista’s ground game has caused problems for opponents all season while Aidan Sayin has led a very impressive Carlsbad passing game throwing for 16 touchdowns and only 2 interceptions. Carlsbad has dominated this series recently, winning by a combined 99 points over the last four games. Both teams will have a bye next week and have the opportunity to rest up for a playoff run.

The annual rotary cup figures to be very competitive again this season. Rancho Bernardo was able to hold Poway star running back Jared Butler under 100 yards in last season’s matchup and will likely have to do the same this year to come out on the winning side. Rancho Bernardo’s offense has been very balanced this season thanks in big part to senior quarterback Zeke Payne, who’s thrown touchdown passes to 8 different receivers.

Big implications in the Imperial Valley rest on this game. Brawley and Central both come in at 7-2 overall and 4-0 in league. Last year’s game saw Central grab a hard fought 14-10 victory over Brawley to clinch an undefeated league title before falling to Morse in the CIF championship game. After dropping 2 of 3 to start the season against teams from Arizona, Brawley has dominated local competition allowing only 56 points over their last 6 games. Central star quarterback Deniro Osuna looks to be the key in this game for the Spartans. The 3-year starter has thrown 20 touchdown passes to only 5 interceptions this season.

The Mavericks and Falcons both come in at 4-5 but with both teams locked into the division 1 playoffs, this game could do a lot for the winning side. The Falcons have won the last two games in this rivalry by a combined score of 78-0 but lost 9 offensive starters from last year’s team and haven’t found consistency yet on offense this season. The Mavericks have had an up and down season but outside of their opening season loss at Cathedral Catholic, their other 4 losses have been by a combined 18 points. Both teams are sure to have some new wrinkles on each side of the ball hoping to gain an edge in the annual beach bowl.