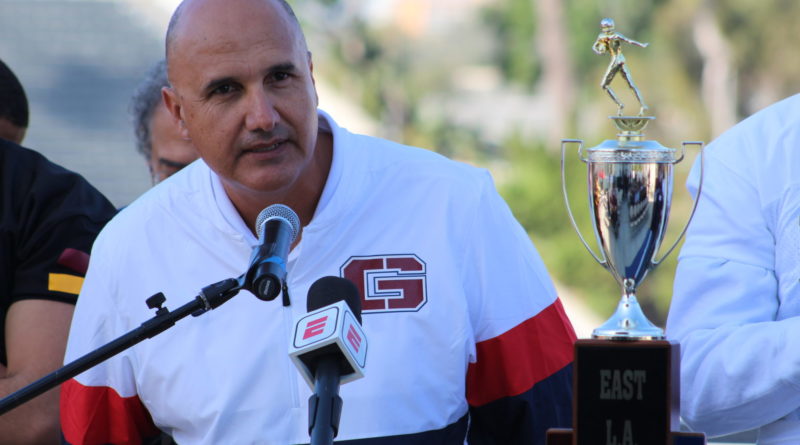 Carson is 1-8 and will give this game everything they have following a heavy defeat to Narbonne and a heart-breaking loss to Banning in the past two weeks. If San Pedro wins, they’ll lock up second place in the Marine League. Carson must stop Josh Ward, only Narbonne’s been able to do that this year.

Both teams are 7-2 and 5-0 in the Eastern League, but on paper it’s a mismatch. Garfield has won the last nine rivalry matchups. Roosevelt is moving in the right direction under head coach Aldo Parral, but Garfield’s brought back too many players from last year’s state bowl team.

James Ochoa has rushed for 1,314 yards and 22 TD’s for Arleta this season. He’ll be the man Poly must stop on Friday. No one in the East Valley League has been up to that challenge yet.

Both Palisades and Fairfax played Venice at home this season in the same calendar week. Pali won 38-14 and Fairfax lost 63-32. The Dolphins haven’t been able to practice much this week due to the Brentwood fires, but their performance against Venice makes it difficult to pick against them.