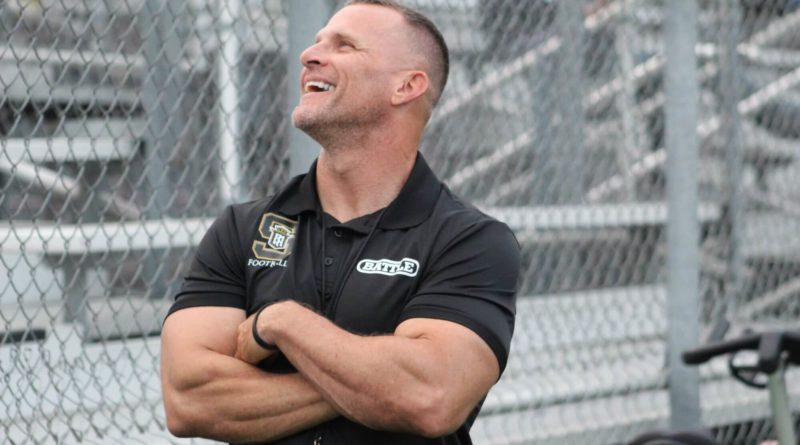 Which Southern California high school football teams have overachieved in 2019 or improved dramatically from a year ago? Scorebook Live California’s Connor Morrissette breaks down the top coaching jobs in the Southern Section and LA City Section.

Bishop Amat graduated 42 starters from a year ago and will win the Mission League with a victory over Loyola on Friday.

Cajon made the Division 3 Southern Section championship game last season led by senior Jayden Daniels, who’s now the quarterback at Arizona State. Without their star, Cajon hasn’t missed a beat under Rogers this year. The Cowboys are 7-2 and 4-0 in the Citrus Belt League.

A week before the season started, one of the quarterbacks fighting for Chaminade’s starting job transferred to Oaks Christian. This year’s Eagle’s team lacks the star power that most Chaminade teams have had in the past. It was supposed to be a down year, but the Eagles have been in every Mission League game they’ve played and have wins over Notre Dame and Loyola.

Culver City won a Division 7 Southern Section championship last season and graduated the vast majority of their core. The Centaurs are 9-0 in 2019.

Eagle Rock had a large group of seniors graduate from last year’s team. The Eagles will win the Northern League with a win over Torres on Friday and are Division 1 title contenders in the LA City Section.

James has changed the culture at 9-0 Inglewood. The Sentinels were 0-10 last season.

Loyola hasn’t been competitive in the Mission League in the last few years. First year coach Drew Casani has changed that. The Cubs beat Serra 24-7 on October 4th and they’ve hung around in defeats against Notre Dame and Chaminade.

Turley has led Marina to their first Big 4 league title in 33 years.

Led by a great group of sophomores, Servite will make the Division 1 playoffs in 2019; they’re one of the top eight teams in the Southern Section. Last year the Friars won just a single Trinity League game. This year they’re on pace to win three.

Sierra Vista has had to forfeit five games this year due to fielding ineligible players, but on the field they have’t lost this season. In 2018, the Dons went 0-10. Co-head coaches and father-son duo Sergio and Matt Villasenor have implemented a spread offense that has worked wonders. They have a shot at the playoffs in Division 14 with a win over Duarte on Friday.

The Warriors are 8-0 under Todd Butler. Butler has been coaching at St. Pius X-St. Matthias Academy since 2017, the year the school brought football back after not having s team for 22 years.

4 thoughts on “Who has done the best coaching job in Southern California high school football in 2019? Here are 15 names to consider”