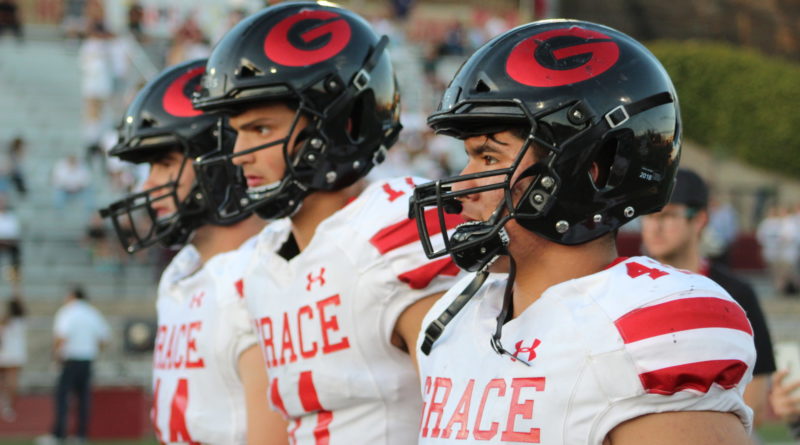 It’s already the last week of the regular season in Southern California high school football, but plenty of championships in top leagues in the Southern, LA City, and San Diego Sections are still up for grabs. Some games are pieces in complicated tiebreaker scenarios, and others are outright title games.

These 10 games will determine league champions between heavyweight football programs across Southern California:

Rancho Cucamonga forfeited a 54-3 beatdown of Etiwanda and Upland forfeited a victory over Damien, but otherwise, these two teams haven’t lost in league. Not only will this game determine the league champion, it should be a great one as well as the teams are extremely evenly matched. Last year when the Cougars pulled it out it was a big upset, which only ups the ante for Upland this year.

Grace Brethren’s undefeated season came to a halt last week against Sierra Canyon, but they are still unbeaten in league. Now they have to beat Camarillo, who is also undefeated on the season. Camarillo’s relatively easy schedule will be put to the test against the Lancers, who are head and shoulders above any other team they’ve faced all season. They easily have enough talent to bring home the league championship, but they have no room for error and have only been tested once this season in a 26-25 win against Oxnard.

Garfield has won their five league games so far by a combined score of 266-6. Yes, 266-6–an average score of 53-1. But that won’t mean anything if they don’t hold it down against Roosevelt, who is also 7-2 and 5-0 in league. Roosevelt has had a pretty easy strength of schedule this year, but an upset is far from impossible if they bring their A-game in one of their toughest matchups yet.

In the Gold Coast League, Paraclete and Sierra Canyon are in their own bracket since they are many divisions ahead of their competition. So their first and last game of league is for all the marbles. Sierra Canyon is coming off probably their best game of the season, a 13-7 win over Grace Brethren. But Paraclete has had some great wins over Chaminade and St. Francis, so the Trailblazers need another strong showing.

One of these San Diego powerhouses will win league in unbeaten fashion. Steele Canyon is still undefeated on the whole season, with their offense playing its best ball of the season in recent weeks. Still, it would take a lot for them to upset Helix, but especially with the Highlanders’ star running back Elelyon Noa out for the season now, it’s far from impossible. One more win is all they need to complete the dream season.

Mission Viejo is one game away from completing a spotless regular season, but if they sputter, they would have lost the South Coast League title in a major upset for the second straight year. A win for Tesoro would put both teams at 3-1 in league, and the Titans would have the tiebreaker.

Undefeated in league, Palisades controls their own fate. They will be heavy favorites against Fairfax, but if they lose and Hamilton upsets Venice, Fairfax alone will win the Western League. Fairfax beats them and Venice wins, it’s a three-way tie. While attempting to take care of business against Hamilton, Venice will be praying for Fairfax to pull off a miracle.