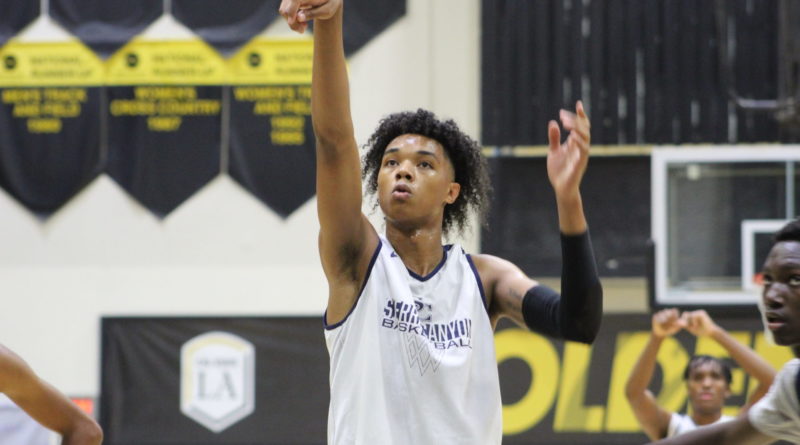 Mater Dei junior point guard Devin Askew committed to Kentucky a few weeks ago. Seniors Aidan Prukop and Ryan Evans as well as junior Harrison Hornery, Wilhelm Breidenbach, Nick Davidson and Casey Jones are the other names to know. The Monarchs fell to Sierra Canyon twice in postseason play a year ago.

Windward grew up before our eyes a season ago and everyone is back for 2019-2020. Senior forward Devin Tillis leads the Wildcats along with super sophomores Dylan Andrews and Kijani Wright.

St. John Bosco doesn’t have a standout player that teams will specifically look to stop like a few of the teams above. Instead, the Braves have strong depth and a roster filled with reliable players who know their roles and execute them well. Senior point guard Josh Camper is an underrated guard in the region.

Mayfair have two of the nation’s top high school players in senior Joshua Christoper and sophomore Dior Johnson. Mayfair will go as far as these two take them.

Damien has two of the top guards in the region in junior Malik Thomas and sophomore RJ Smith. Senior forward Austin Cook has Division 1 talent as well.

Bishop Montgomery lost a great group of seniors from a year ago as well as Bradley Ezewiro who transferred to Oak Hill. The Knights will still be solid led by 2020 big man Isaiah Johnson, but the losses hurt.

The Dons talented core adds senior Beon Riley to the mix for the 2019-2020 season.

Birmingham are City Section Open Division title contenders. Brothers Corey Cofield and Elisha Cofield (2021 and 2020 respectively) as well as juniors David Elliot and James Nobles want revenge on Westchester after falling to the Comets in the semifinals a year ago.

It’s a new look Westchester team in what could be Comet head coach Ed Azzam’s final season. Senior guard Kymani Pollard is the lone impact player from a year ago to return. The Comets have also added 2021 guard TJ Wainwright, a transfer from Santa Monica.

Centennial coach Josh Giles is one of the best in the business and should still have his team playing as a top 25 team in the region throughout the year despite losing Jaylen Clark to Etiwanda and DJ Davis to Riverside Poly.

Peyton Watson is one of the top players in the 2021 recruiting class, but Poly has a lot of inexperience behind him.