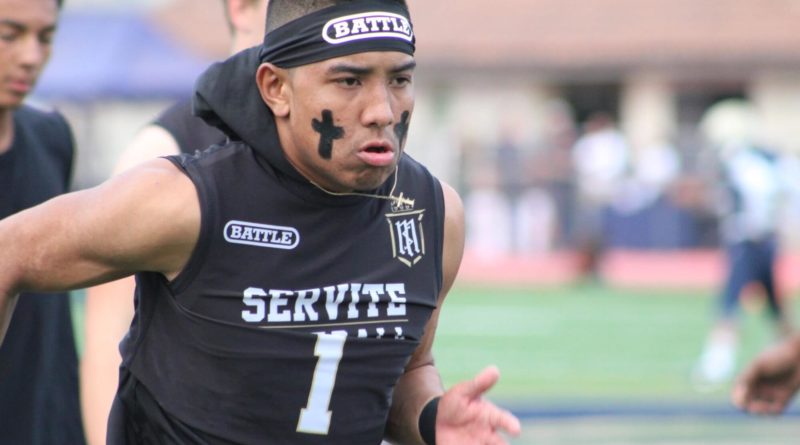 With the final week of the 2019 high school football season approaching, it looks like the upper Division playoff fields for both the Southern and LA City Sections are set, barring any upsets and/or a Narbonne playoff disqualification.

The Southern Section will use this formula for its Division 1 seeding:

Assuming everyone wins with the exception of JSerra (they play Mater Dei), here are your Southern Section Division 1 playoff pairings. JSerra won’t fall despite their likely defeat because they’ve beaten both Calabasas and Bishop Amat this season.

The City Section uses CalPreps rankings to determine their seeds, with the top eight teams making the Open Division. As of 5:30 p.m. on Monday evening, the top eight looks like this:

In my opinion, the only team that has a chance to be upset this week is San Pedro. The Pirates play on the road against Carson and should win, but playing at Carson is always tough. The Colts are 1-8 and San Pedro is 7-2, but this is a tougher game than the records indicate.

Banning will lose to Narbonne, but could stay where they’re at after the defeat due to having a much tougher strength of schedule than Palisades or Garfield.

Since there are some changes that could happen with the seedings, I won’t write-up the would-be matchups yet, but these are the eight teams that will make the cut. If something crazy happens, Reseda and Eagle Rock are ranked ninth and tenth respectively. It’s highly unlikely either team will make the field.

Let’s get into the weekly breakdown …

Mater Dei quarterback Bryce Young continued to make his case for the Division 1 Southern Section player of the year award in Friday’s 38-24 win over St. John Bosco. He completed 19 of 33 passes for 256 yards and three touchdowns in the victory. He also rushed for two more TDs. All three of Young’s touchdown passes went to senior receiver Kody Epps.

In the Mater Dei game, Monarch senior defensive lineman Sefita Tupe Jr. throttled St. John Bosco running back Nathaniel Jones to force a turnover. Bosco had momentum on their side at that point and the lost fumble kept the score at 38-17.

That’s what a sarcastic Bryce Young had to say about receiver Kody Epps after the duo hooked up for three touchdowns in Friday’s win over St. John Bosco.