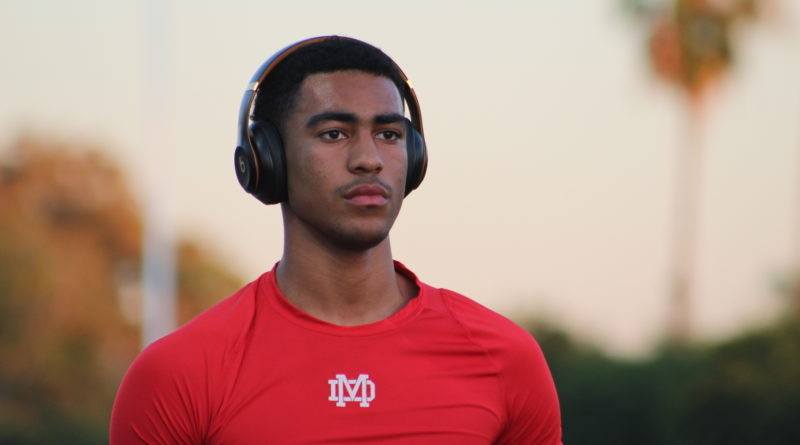 BELLFLOWER — Mater Dei quarterback Bryce Young continues to look like the top football player in Southern California. The Alabama commit completed 19 of 33 passes for 256 yards and three touchdowns in Friday’s 38-24 road win over rival St. John Bosco. He ran for two scores as well. The victory clinched a Trinity League title for Mater Dei and most likely a top seed in the Division 1 Southern Section playoffs.

Young is the best player in the region and he plays for the region’s top team. It’s a deadly combination.

Young hit Kody Epps for all three of his passing touchdowns. The Monarchs never trailed in the game.

Mater Dei started the heavyweight clash firing on all cylinders as the Monarchs jumped out to a 21-3 lead. From there, St. John Bosco actually outscored Mater Dei 21-17, which bodes well for the potential — okay, inevitable — playoff matchup. The Braves turned the ball over in the red zone three times in the second half too.

Mater Dei was the better team — a neutral observer would tell you that — but St. John Bosco did have opportunities.

The Division 1 championship rematch is a game to look forward to. When Mater Dei went up 21-3, Bosco could have folded. They didn’t.

When Braves’ running back Nathaniel Jones fumbled in the red zone with his team down 38-17 early in the fourth quarter, they could have folded again and they didn’t. Instead, the Bosco defense forced a punt and DJ Uiagalelei hit Kris Hutson for a 48-yard touchdown on the next play to get within two scores. Bosco got into the red zone two more times after that and couldn’t convert. For as good as Young and Mater Dei are, they’re not unbeatable.

“At the end of the day we got beaten by the better team tonight,” Bosco head coach Jason Negro said after the game “…We can’t make the mistakes that we made, especially in the red zone.”

He went on to add, “our team knew going into tonight’s game that this wasn’t going to define our season.”

And that’s the truth. The next meeting will decide the season and after tonight, St. John Bosco will feel like they have a shot next month. The Braves lost Friday, but they earned the right to hold that belief.