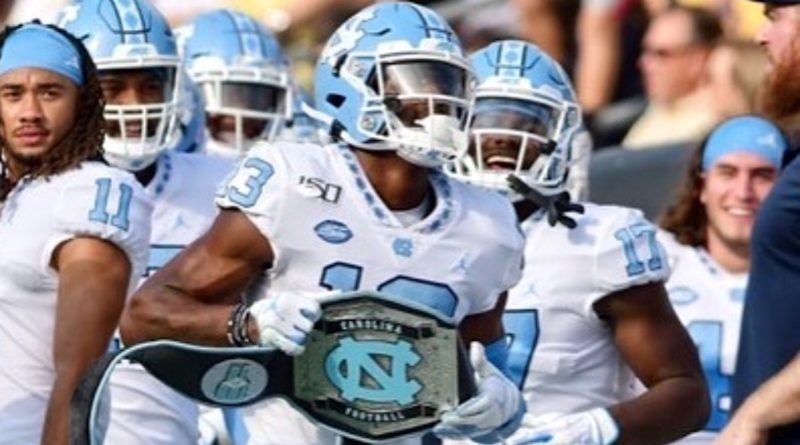 From UCLA wide receiver Kyle Phillips to North Carolina defensive back Don Chapman, here’s a look at 10 former San Diego Section high school football stars who are enjoying breakout seasons as college freshmen. The 10 players on this list are either true freshmen (Class of 2019) or redshirt freshmen (Class of 2018).

Philips was able to play 4 games for the Bruins in 2018 and still redshirt. He’s become a top target for the Bruins this season catching 31 passes for 342 yards and 4 touchdowns so far. He’s also returned 7 punts including a 69 yard return for a touchdown against Washington State.

Taylor-Stuart played 3 games for USC on special teams in 2018. The redshirt freshman secured a starting spot for the Trojans this season and has been very solid in the secondary. Through 6 games he’s recorded 22 tackles and 3 pass break ups.

Turner chose the Huskies over Notre Dame late in the recruiting cycle and has gone on to earn early playing time for Washington. The true freshman has seen action in 6 games so far and has made 12 tackles and grabbed an interception versus BYU.

Christon was the state champion in the 100 and 200 meter his senior season. He was able to showcase his speed in his collegiate debut last week running for 103 yards and scoring 2 touchdowns on only 8 carries. He should continue to see playing time as USC battles injury issues.

After redshirting a season ago, Thomas grabbed a starting spot on the Aztecs defensive line this season and has been very productive. Through 7 games he’s recorded 29 tackles and 2.5 sacks for the 6-1 Aztecs.

After being named the CIF San Diego Section kicker of the year three years in a row, Araiza redshirted for the Aztecs last season. He assumed the starting spot this season and has been excellent. He’s 12/14 on field goal attempts and has made all 16 extra point attempts. He was named Mountain West Special Teams Player of the Week in San Diego State’s win over UCLA.

Winning the starting job as a freshman for Stanford, Sanborn has punted 34 times with an average of 40.5 yards per punt. With an injury to their starting kicker, Sanborn will also assume kicking duties for the Cardinal beginning this week.

Chapman had been playing special teams as a true freshman for the Tar Heels before receiving his first start against Clemson. He’s recorded 5 tackles so far and grabbed an interception against Georgia Tech.

Matthews walked on at San Diego State and redshirted last year before breaking out and grabbing a starting receiver spot. Through 7 games for the Aztecs this season he’s reeled in 23 catches for 236 yards.

After 3 years as the Falcons starting quarterback, Heine has transitioned exclusively to defense at the college level. Through 5 games for the Maroons he’s collected 15 tackles and has 1 pass break up.