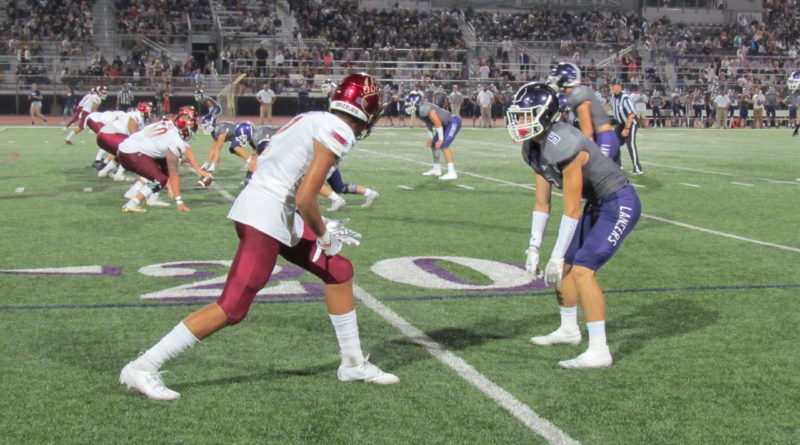 Carlsbad enters week 10 having clinched a share of the Avocado League, but the Lancers have their sights set on much more. With the release of CIF’s updated power rankings this week Carlsbad has moved into the 4-seed in the Open Division. They’ll need to pick up wins in their last two games to secure their spot as they look for their best season since 2006. The Mavericks come in at 4-4 but since their opening season loss to Cathedral Catholic, their next 3 losses have been by a combined 11 points. Aiden Lippert returned a few weeks back and has added a big boost on offense for La Costa Canyon.

The Cougars continued pursuit of an undefeated season gets significantly more difficult over the last two weeks of the regular season. Steele Canyon has relied on their stifling defense all season, having allowed 8.3 points per game, but will get another strong test this week against the Foothillers. Jaime Odom and Robert Tucker have put up huge numbers all season for Grossmont and have combined for 4,142 total yards so far. Head Coach Tom Karlo will certainly have some wrinkles in his offense offense to throw off the Cougars on Friday.

The Warhawks and Saints have played several memorable games over the last few seasons. This week’s game looks to be a battle for 2nd place in the Western League as both teams currently sit as the top two seeds in division 1. The Saints must show that they can bounce back from the Holy Bowl last week in which they held a 14-12 lead heading into the 4th quarter before going down 35-14. The Warhawks handled Point Loma last week with Ke’ontae Springs tallying 201 all-purpose yards and 2 more touchdowns.

Scripps Ranch’s undefeated season continues to roll along and shows no signs of stopping anytime soon. The defense has been as impressive as any in the county so far, having recorded 3 shutouts and not allowing any opponent to score more than 13 points. Patrick Henry enters with an explosive offense led by Matthew Castillo, who’s averaging 4 touchdown passes per game. Kai Jessie has reeled in 10 touchdown receptions and looks to be one of the best dual-sport athletes in the county. The Patriots have scored as many as 70 points in a game and as little as 14, so they’ll need to be at their best on Friday when they travel to Scripps Ranch.

The Broncos and Panthers enter week 10 with huge implications on the line. Both teams come in undefeated in Palomar League play, but the Panthers will be playing their final league game this week while the Broncos will finish up with Poway in week 11. A Vista win would give them an outright league title, while Rancho Bernardo needs wins in consecutive weeks to grab their 4th league championship since 2014. On the field the Panthers come in with a prolific rushing attack that is averaging 9.9 yards per carry on the season with David Flores, Desmond Taua, and Brian Kelly having combined for 30 rushing touchdowns so far. The Broncos have been defensively focused during their 6-game winning streak, but have had a very good season from Zeke Payne, who’s thrown 16 touchdown passes to 8 different receivers.