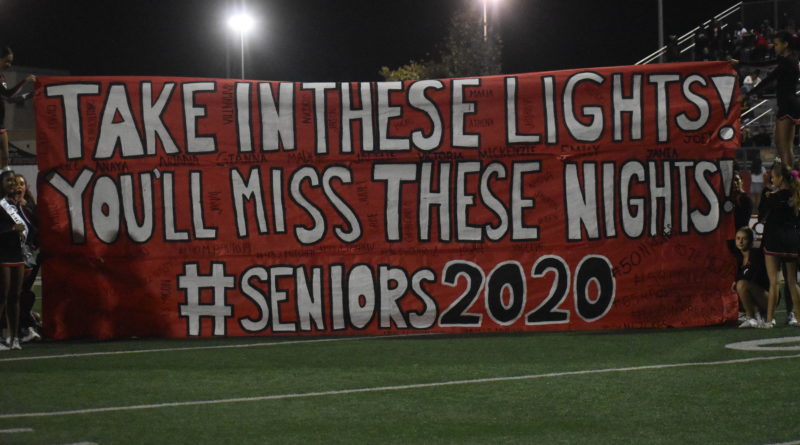 CORONA – In the battle of the Inland Empire, Corona Centennial defeated Norco 61-23 Friday night in a game that was even more lopsided than the score would indicate. Running back Nicholas Floyd led the Huskies with five rushing touchdowns in 2.5 quarters. Here are five takeaways from the game.

Many of the top teams in the country go no-huddle these days, but Cen10’s offense was abnormally fast-paced. They picked apart Norco’s defense by going from snap to snap as quickly as any high school team you will ever see. Numerous personnel on the sideline went as far as to say it’s the fastest pace they’ve ever seen executed as well as the Huskies do at the high school level.

More often than not with teams trying to play offense at such a frenetic pace, the skill position players don’t have a problem getting set, but have to wait for the offensive linemen who often set them back. All gears were clicking for the Huskies, who had 54 points just over halfway through the third quarter.

When Floyd got Centennial on the board two minutes into the game to cap off such an effortless touchdown drive for the Huskies, it was clear that Norco wasn’t going to stop them much at all. In fact, all five of Centennial’s first-half drives resulted in touchdowns. As soon as Cen10 followed it up with a stop without much trouble, the Cougars were doomed.

There were no weak links on Centennial. Floyd gets the game ball for five rushing touchdowns before getting pulled halfway through the third quarter. Their offensive line was excellent. WR Gary Bryant had no touchdowns but was outstanding both on offense and returning the ball in special teams. Centennial’s three-man QB unit of Carter Freedland (rushing TD and passing TD to Demitrus Simpson), Ala Mikaele, and Jake Retzlaff (TD pass to Branden Alvarez) was effective per usual. Ryan Reynoso had a touchdown run in garbage time.

Defensively, LB Miguel Bautista led the way sacking Norco 4-star QB Shane Illingworth four times, a career-high. 5-star DE Korey Foreman didn’t have many tackles, but his mere presence was very impactful–Norco’s offensive line was heavily focused on holding him off, and the rest of Cen10’s front seven led the charge as a result. DE Jacob Mitchell was among many other Huskies responsible for holding Norco to by far their least fruitful offensive performance of the season.

Norco’s offense was stifled by their standards, but still had some significant production. Illingworth was very solid despite being sacked and tackled for loss repeatedly, finishing with 145 passing yards through 2.5 quarters. WR Marquis Ashley had a handful of difficult receptions and finished with 130 receiving yards. RB Fernando Chairez had two powerful bursts through the end zone in the first half to cap off the starting unit’s two touchdown drives. QB Kyle Crum had a touchdown pass to Grant Gray in the second half once both starting units were pulled.

After the game, Floyd told Scorebook Live that winning on senior night “meant a lot because it’s a big rivalry game. Norco and Corona, we’ve had a rivalry for a very long time.”

Because the Huskies were up big so early in the game, they were able to rotate in a lot of seniors in the second half, which was far from a guarantee against an outstanding Norco squad.

“It was great to get a lot of our second units in, get them playing time.”

The game was fairly chippy for a while in the first half, but after the game, it was all love.

“We just leave it out on the field, but after, we’re all great friends,” Floyd said. “I know a lot of these guys.”

In both CIF Southern Section coaches’ polls and rankings everywhere, Centennial has been considered the third best team in the Southern Section for weeks on end. Norco was their last test of the season, and it would take numerous bizarre occurrences for them to wind up with anything less than the third seed in Division 1 come playoff time.

Additionally, with only King and Roosevelt left on their schedule and 3-0 record in league, this game basically ensured their tenth straight league title.