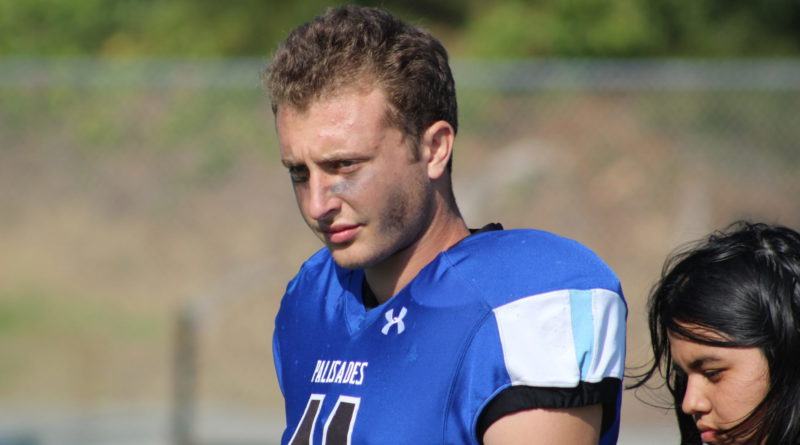 Palisades moved to 6-1 with the win. Venice fell to 3-4. Below are five takeaways.

Whenever Palisades called running back Max Palees‘ number, the senior delivered. He finished with three rushing touchdowns in the victory on Monday. His first came at the end of the first quarter from a yard out to tie the score at seven following Venice’s opening touchdown drive.

Palees then took a second quarter carry to the house from three yards away to put Palisades up 14-7 and the Dolphins never looked back. His third score came at the 9:23 mark in the fourth quarter and extended the Dolphins’ lead to 31-14. It was another three-yarder.

The most significant play of the game took place at the end of the first half when Pali quarterback Forrest Brock hit Teddy Suisman down the seem for a 25-yard score. Just seven seconds remained in the second quarter after the TD and it put Pali ahead 24-14.

An Immanuel Newell interception led to Pali’s first TD. Ryan Crayton had a pick in garbage time as well.

Senior linebacker Sy Riley had multiple tackles for loss and tipped the pass that led to Newell’s interception.

For Venice, quarterback and Duke commit Luca Diamont had a rushing and throwing touchdown in the defeat. He hit Jaboree Thornton for a six-yard score in the second quarter.

“We really practice for Venice 365 days a year,” Palees said. “This is a rivalry thing. They’re in your head all the time, so this was our Super Bowl.”

Palees’ words perfectly expressed the emotion from the Dolphins when the clock struck triple-zero’s on Monday. Hyde got drenched, players chest-bumped and even talked a little trash. For Palisades’ players and coaches, this was a massive win. Venice has been the perennial power in the Western League for the last two decades. Palisades has now won three of the last four matchups; there’s been a changing of the guard.

Palees’ third score put the game out of Venice’s reach. The three yard TD came with 9:23 to play and put Palisades ahead 31-14.

Looking ahead to the City Section Open Division playoffs, who will be the number two seed? In all likelihood, San Pedro will win out and snag the second spot, but if the Pirates win their remaining games along with San Fernando, Palisades, Birmingham, Garfield and Crenshaw, we’ll have a situation very similar to a year ago.

Narbonne is the clear number one and then the two through seven seeds are toss ups. San Pedro’s resume would be superior to all of the prior teams mentioned, but not by that wide of a margin. We’ll most likely see another great battle play out for the right to face Narbonne in the title game (if they aren’t banned). Remember, six-seeded Garfield made the championship game last year. Whichever teams stay out of Narbonne’s path will have a shot.

Due to poor air quality from the San Fernando Valley fires, this game was moved from Friday night to Monday afternoon. Everyone loves Friday night lights, but this mid-afternoon showdown to start the week was charming. Both teams will now play Friday, which isn’t ideal, but from a journalist’s perspective, the Monday afternoon kickoff was a fun experience.