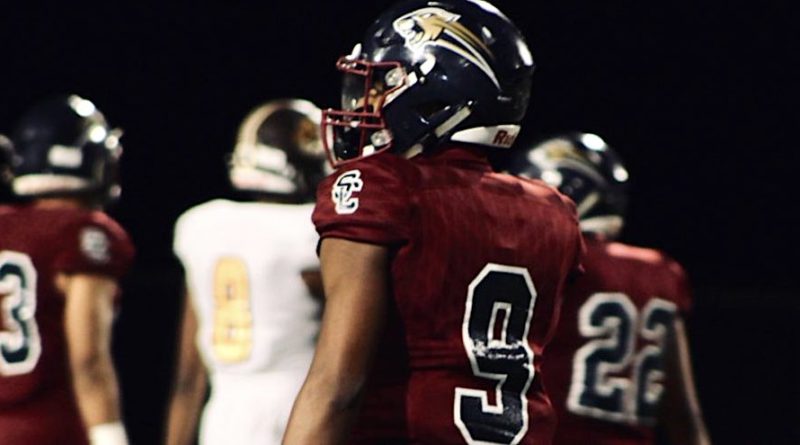 It was business as usual for 5th ranked Steele Canyon this week. They led 35-0 at halftime against El Capitan and wound up winning 35-13. The Cougars have been one of the best stories in the county so far this year, and luckily for them their season has been valued very highly by the computers. The CIF rankings, which no longer include margin of victory in the ranking process, currently have Steele Canyon as the top team in San Diego and therefore in the lead spot for the Open Division seeding. The Cougars haven’t played a top tier schedule, but they’ve handled every opponent so far and will have additional opportunities to prove their ranking. They’ll travel to Grossmont in two weeks before finishing the season against Helix, a team that they shocked by one-point last season.

Patrick Henry’s 2018 season was not a success. The Patriots went 1-9 and managed only 6 points per game during the season. They hired long time NFL quarterback JT O’Sullivan as their new head coach prior to this season and have seen it pay off already. In Friday’s victory over Kearny, the Patriots scored 70 points, 10 more than they scored all of last season. O’Sullivan is overseeing an offense that is averaging 36 points per game more than a season ago and will be tough out in the division 4 playoffs.

Lincoln fell to St. Augustine on their homecoming game, but senior receiver Benjo O’Brien had another huge game for the Hornets. He caught 10 passes for 189 yards and 2 touchdowns. O’Brien also had 100 kick return yards on 3 attempts.

Cathedral Catholic quarterback DJ Ralph continued his efficient season in the Dons shutout of Madison. The senior was 7 of 8 for 174 yards and 2 touchdowns, and also added a rushing touchdown.

Davidson commit Clarence Freeman had another big night catching passes from Tyler Buchner. He grabbed 8 receptions for 146 yards and 2 touchdowns in the win over La Jolla Country Day.

Granite Hills quarterback Justus McComb put up big numbers on Friday as the Eagles fell to Grossmont, 33-32. The junior was 24 of 38 for 267 yards and 3 touchdowns and also ran for 41 yards.

Cade Ellis had a huge night on both sides of the ball for Santa Fe Christian on Friday. The senior ran for 74 yards in the Eagles 21-12 victory over Tri-City Christian. On defense he collected 13 tackles, recovered a fumble, blocked a punt, and blocked a field goal.

Patrick Henry quarterback Matthew Castillo continued his breakout season on Friday. The senior signal-caller was 22 of 30 for 447 yards and 8 touchdowns in the Patriots win over Kearny. Castillo’s top receiver Kai Jessie had 9 catches for 158 yards and 4 touchdowns.

Valley Center grad Daniel Brunskill, who walked-on to the team at San Diego State and later became an All-American tight end, made his first career NFL start for the San Francisco 49ers at right tackle and helped them to a 20-7 win over the Los Angeles Rams.

Otay Ranch grad Devin Lloyd had a big night in Utah’s victory over Oregon State. The redshirt-sophomore linebacker compiled 4 tackles, a interception, and a sack.