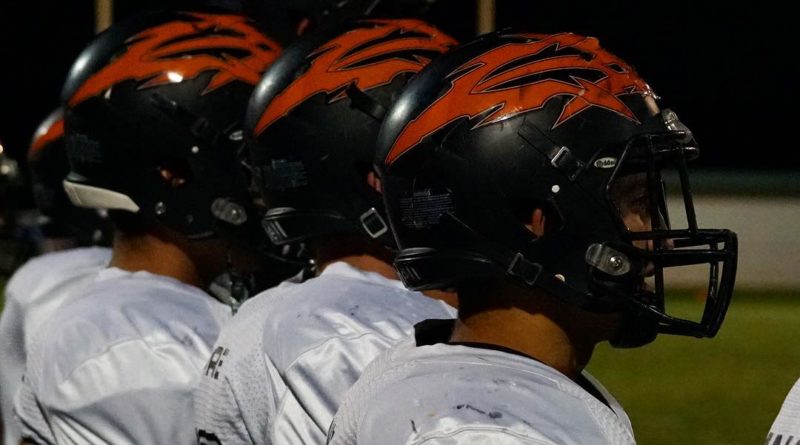 The matchup between Mater Dei and St. John Bosco on October 25, which will likely determine the Trinity League championship, is worthy of the hype it’s been getting for months. Not only as the game of the year in the Trinity League or in the Southern Section, but in the state, and maybe even country. And even aside from that game, there is a thrilling slate of Southern Section action that day.

But this Friday might prove to be more exciting.

There are at least 15 very intriguing Southern Section high school football matchups on the schedule for Friday, including several game of the year candidates. Many of the exciting storylines were set up by head-turning matchups and upsets last week.

Here’s a rundown of the most exciting matchups, league by league:

Servite and JSerra have looked to be very evenly matched all season – both good enough to beat anyone in the state on their best day. Especially after seeing what the Friars did last week against St. John Bosco, getting to watch Servite vs. Mater Dei and JSerra vs. St. John Bosco on the same day is really exciting because the gap between them and the league/division/state title favorites might not be as large as most people thought. That’s just a testament to how good so many teams are in the Southern Section.

As far as Mission League play goes, it should be chaos. Notre Dame (Sherman Oaks) and Serra (Gardena) both had cases to make as the best teams in the league coming into league play. Both were 4-1, with their only losses coming to nationally elite opponents, although both were also dealing with key injuries. They’re squaring off on Friday, and both know they need to win to keep league title chances alive.

Chaminade and Bishop Amat are both peaking at the right time. Last week, Chaminade breezed past Notre Dame, and Amat knocked off a very good Alemany team. If Chaminade wins, they suddenly are the favorites to win league, and if Amat wins, the odds of repeating as champions goes up significantly.

Alemany suffered that crushing defeat to Amat by one point last week, and Loyola is in top shape having just defeated Serra with room to spare. The outcome of their game will have league implications as well.

Lawndale, the reigning 2-A state champion, is taking on Culver City. Led by star QB Zevi Eckhaus, Culver City is the favorite to win Division 5 after coasting through the Division 7 championship. It would be an incredible two-year run for them to go from being in D-7 to knocking off the reigning D-3 champs. And perhaps more importantly, this game will likely determine who wins the Ocean League.

Chaparral, who has had a losing record in league for years, seemed like a clear third wheel behind Vista Murrieta and Murrieta Valley in the Southwestern League. Last week, they shocked Murrieta Valley 30-27, and if they essentially seal a league title on Friday against Vista Murrieta, it would be one of the biggest moments in Chaparral football history.

While there are numerous strong programs in the Sunset League, Corona del Mar is the overwhelming favorite to run away with it. Edison is probably the only team in the league who might have something to say about it, and that’s on Friday. An upset would be shocking, but it’s not impossible.

Rivals Oxnard and Pacifica (Oxnard) play on Friday, making yet another game that’s “essentially” a league title. Both teams have been outstanding to start the season, and it would be hard to believe that anyone else in the Pacific View League could beat them. Some would say Oxnard has the edge on Friday, but it’s anybody’s game.

Glendora and Ayala both have a ton on the line on Friday. While Bonita is capable of beating either of these teams, it’s likely that whoever wins this game will go on to win the Palomares League. Furthermore, Glendora and Ayala are both in the running for the first seed in Divisions 5 and 6, respectively. Culver City is facing its toughest remaining opponent this year in Lawndale, and if they lose and Glendora wins, Glendora probably runs away with the top seed in Division 5. Ayala is in a similar deadlock with La Serna for Division 6.

San Juan Hills is the favorite to win the Sea View League despite signing up for a grueling preseason gauntlet. But Aliso Niguel looks strong at 5-2, and is the only team in the league that has much of a chance at upsetting them. Anything can happen on any given night in football, but the Stallions know that a victory on Friday basically guarantees them a league title.

Los Altos and Diamond Ranch are very evenly matched, and whoever wins Friday has a great shot to win the Hacienda League.

The same statement can be made for Apple Valley and Serrano in the Mojave River League, which is probably even more top-heavy. This should be a great game and will likely determine the league title.