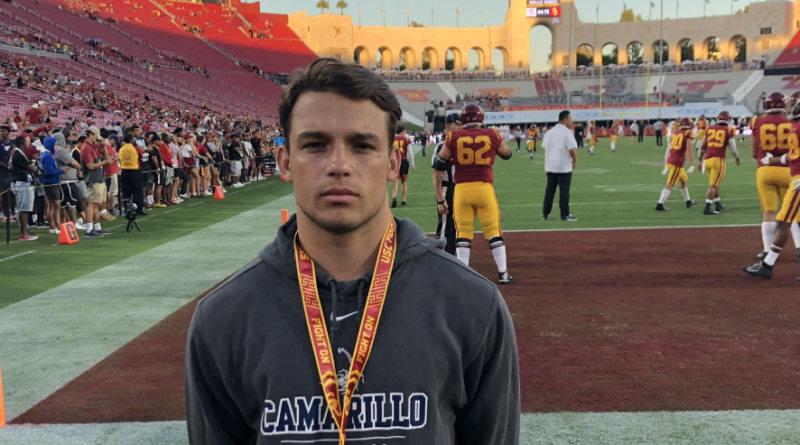 Southern California is filled with big-name high school football players. But there are just as many who fly under the radar, putting up big numbers and doing all the little things to help their teams win.

These 10 players might not make a lot of headlines or play for the area’s top teams, but they consistently produce. And they’re winners. Every player on this list plays for a team with a record at .500 or over.

Below is Scorebook Live California’s list of the 10 most underrated high school football players in the LA City and Southern Sections. (The list is in alphabetical order.)

DeLeon is tied for the Southern Section lead in tackles with 86. The 6-foot 210 pound junior also contributes on offense for 6-0 Crescenta Valley; he’s rushed for four touchdowns and caught one more.

Liddell can’t stop intercepting passes from the opposing quarterback this season. He has six picks in six games for 6-0 Camarillo and three have been returned for touchdowns. Liddell will be playing football on Saturday’s for the next few years.

Minor ranks fifth in the Southern Section in receiving yards with 809. He’s hauled in eight touchdowns. On defense, Minor’s made 45 tackles, seven of which have been for loss. He also has an interception.

Monrovia is 6-1 and has a great chance to win the Rio Hondo League this season.

Muhammad has rushed for 1019 yards and 12 TD’s on 67 carries in 2019. Cleveland has dealt with a few injuries to starters on their offensive line, but that hasn’t stopped the senior. Muhammad ran for over 200 yards in a defeat to San Pedro, one of the City’s top teams, two weeks ago. He’s also intercepted two passes on defense. Cleveland is 4-2.

Another season, another 1,000-yard rushing campaign from Arleta’s James Ochoa. The senior has rushed for 1,054 yards and 18 touchdowns through seven games. A year ago he nearly ran for 2,000 yards.

Arleta is 6-0 and are favorites to win the East Valley League.

One talent evaluator claimed that Parker has “legitimate speed.” He’s returned an interception and a fumble for touchdowns of over 100-yards so far this season. Parker can go.

On offense, he’s caught 22 passes for 513 yards and four TD’s. San Fernando is 6-0 and has a legitimate chance at running the table.

Muir has a few national recruits on its roster and although Ramirez hasn’t received that designation yet, he’s certainly playing like one. The senior has already put up 13 sacks and two forced fumbles for 5-1 Muir. Muir plays Crescenta Valley on October 25th in a huge Pacific League matchup.

Silva was an All LA City selection last season at left tackle. He helps protect one of the top signal callers in the section in Duke commit Luca Diamont. Silva stands at 6-foot-2 and weighs 275 pounds.