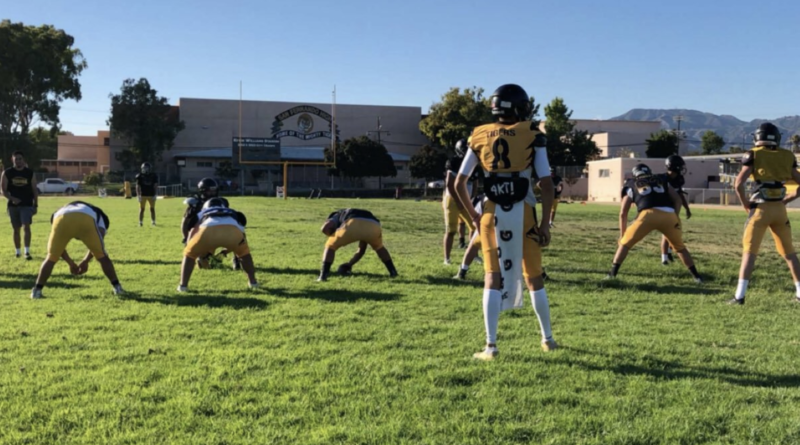 The Gauchos head into the bye following a 53-0 steamrolling over San Pedro.

The Tigers had some trouble with Canoga Park, only winning 21-13, but San Fernando stays undefeated to move ahead of San Pedro.

Following last week’s loss, San Pedro has a great chance at a resume boosting win this week against Banning.

Whoever wins Friday between Banning and San Pedro will lock up an Open Division spot and will most likely finish second in the Marine League.

Another week, another Eastern League stroll for the Bulldogs.

Pali has some nice wins over Brentwood, Reseda and Westchester. Even though the Dolphins lost to Cleveland, they’ve shown they’re one of the City’s elite teams.

Birmingham beat El Camino Real 36-0 Friday and might be the second best team on this list. The problem is they won’t have any resume boosting wins from the weak West Valley League at the end of the year. Losing four non-league games really hurt. They’ll make the Open, but have a higher seed, which might not totally end up mattering if the Patriots reach their full potential.

Crenshaw has wins over View Park and Reseda. If both Crenshaw and Birmingham run the table the rest of the way, it will be interesting to see where CalPreps ranks each team. Right now their formula has Crenshaw at seven and Birmingham at eight.

The Regents should win out and finish as the top team in the Division 1 playoffs. That will be huge for the program. The winner of Division 1 is eligible for the state playoffs this year.

For the second week in a row, Franklin comes in at ten. Their last regular season challenge comes on October 18th on the road against Eagle Rock. A win there and the Panthers will lock up the number one seed in the Division two playoffs.