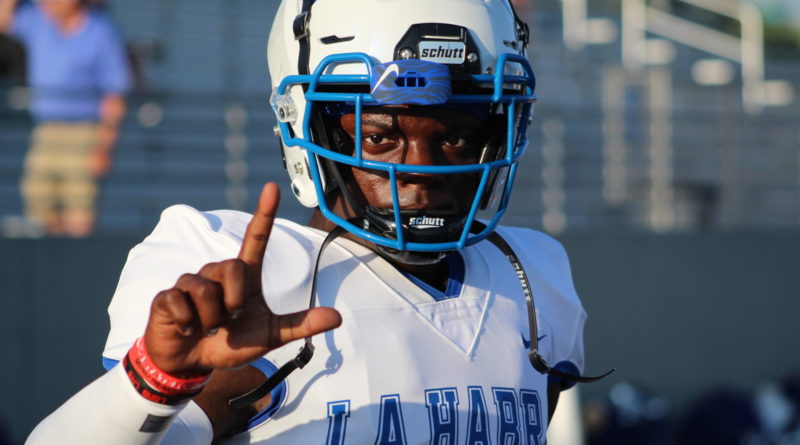 Los Angeles Times high school sports writer Eric Sondheimer wrote a column this weekend detailing the 12 blowouts in City Section football that occurred on Friday. He spoke to coaches about why there is such a disparity between the haves and have-nots when it comes to public school football in Los Angeles.

The LA City Section certainly has its issues with noncompetitive league play, but it’s not just an LA City issue. It’s becoming rarer and rarer for league’s throughout Southern California to have consistently close contests.

Last week, Bishop Amat and Alemany played a thriller, as did St. John Bosco and Servite. Those teams come from the Mission League and the Trinity League respectively, the two top leagues in the region. After those games, competitive league games were tough to come by.

In the City Section, Palisades beat Westchester 28-20 and San Fernando beat Canoga Park 21-13. South Gate, Sylmar and Santee, three D1 teams, all lost close games to non-Division 1 opponents, which says more about the state of those programs than the state of league play in the City.

Grouping teams by location makes sense for a lot of reasons — easy drives, games are fun community events, rivalries develop to name a few — but constructing leagues in this way is starting to make less and less sense from a competitive standpoint. The divide between winning and losing programs is widening. There’s a reason the Southern Section moved away from the old geographical playoff structure to today’s competitive equity structure. There were too many blowouts.

And that’s what we’re seeing in league play. Teams in the top divisions are throttling the ones in lower divisions.

La Habra won the Freeway League before the season started. In the City Section, Narbonne, Garfield and Birmingham will all sleep walk to league titles.

Long Beach Poly, even with the program in a “down” year, will win the Moore League again. Valencia is in the same boat in the Foothill League.

With competitive equity playoffs sticking around for the long haul, maybe it’s time to do away with leagues. I know that sounds crazy, but what if every team had the freedom to schedule all ten regular season games?

Rivalries would still be scheduled and there would be better competition if schools scheduled schools with football programs at similar levels. There would still be divisions and at the end of the regular season, the CalPreps formula would determine the top teams in each division to make the playoffs.

This would eliminate league winners such as Valencia and Long Beach Poly hosting playoff games simply because they are Division 1 teams in a bad league. That never made sense to me.

In the Gold Coast league, this model is already being tested out. Well kinda…

The five member schools came to an agreement that Division 1/2 Sierra Canyon will play Division 3 Paraclete in the final game of the regular season to determine the league winner. Those two play nine non-league games and then the league finale on November 1, with the winner earning an automatic playoff berth. The big issue is that in the current system, D11 Brentwood, D13 Viewpoint and D14 Campbell Hall are all guaranteed to finish third or below in the league which means they’ll most likely miss out on the playoffs, even if they were to go undefeated.

If we did away with leagues, Sierra Canyon and Paraclete could still play each other (it’s become a rivalry) and then those other three teams could schedule whoever they wanted. Every team would have a shot at the playoffs in their respective division. It’s a fairer system.

“That [format] would make a lot of sense,” said Ford in a call Monday afternoon. “If you’re worried about missing out on rivalries, you can still schedule whatever teams you like. You wouldn’t lose any of those rivalries…To have a league where you have a Division 1 team and a Division 14 team, that Division 14 team is never going to make the playoffs. It doesn’t make sense that way.”

Under this proposal, the days of Narbonne obliterating San Pedro, Corona Centennial dominating King and La Habra crushing Buena Park would be a thing of the past (unless of course the programs wanted to continue to schedule each other).

Again, I know it sounds crazy, but for football, this idea makes a lot of sense.

Let’s get into the weekly breakdown…

Narbonne’s Jack Brown rushed for four touchdowns in the Gauchos’ 53-0 win over San Pedro Friday. In a closer contest, Bishop Amat’s Damien Moore ran for 172 yards and a score as well as the game-winning two point conversion in Amat’s 25-24 win over Alemany.

After giving up the go-ahead touchdown with 1:35 to play, Etiwanda came storming back to beat Los Osos 33-29 last Friday.

The Eagles used only 53 seconds to go 75 yards on their game-winning drive. A Jerry Brown 17-yard end zone scamper put Etiwanda ahead for good in a thrilling back and forth Baseline League game. Like the Mission League, the Baseline League is one of the few in Southern California where any team has a chance to win on any given night.

This one comes from San Diego, what an amazing catch from Vista’s Brent Lawson. Vista won the game 46-42 over Poway. Thanks to @WBKsports
for the video.

I liked this run from Cathedral’s Keith Davis too. The Phantoms lost 21-17 to La Mirada, but man can Davis hit!

“For me to be a figure in the community is big for me. That means I have to keep continuing to work hard and be a role model for these kids.”

That came from Bishop Amat running back Damien Moore following Amat’s 25-24 win over Alemany. In the third quarter, Moore rushed for a 13-yard touchdown and afterwards he high-fived a group of young Amat fans, which included his younger brother.

Banks is the highest rated recruit in the Sun Devils’ 2020 recruiting class, per 247Sports. He joins Gaucho teammates Macen Williams and Kobe Stewart as ASU commits from Narbonne. Arizona State’s coaching staff has done an incredible job of recruiting Southern California under head coach Herm Edwards and Banks’ commitment is another example.