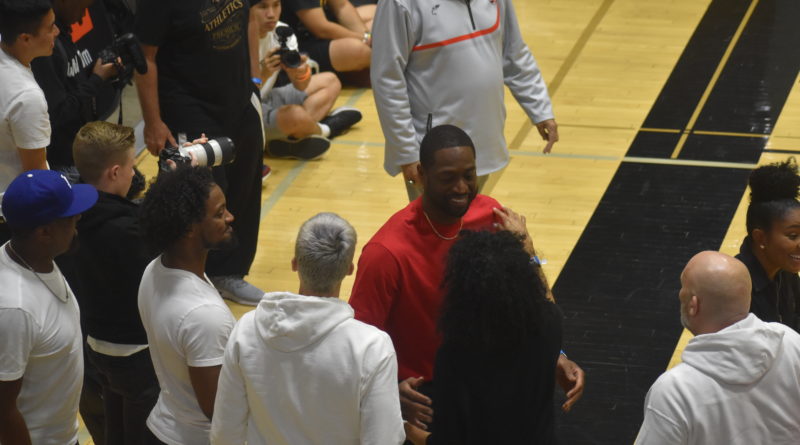 LOS ANGELES – Southern California high school basketball fans got a glimpse of what’s in store for the 2019-20 season at Harvey Kitani’s Rolling Hills Prep Classic on Saturday. The showcase took place at Cal State LA, and was presented by Scorebook Live.

Among those in attendance to watch Sierra Canyon play Rolling Hills Prep, was former NBA superstar Dwyane Wade. His son, Zaire, is a senior guard on the Trailblazers, and forms quite a back-court bench unit with LeBron James’ son, Bronny.

Zaire Wade also took part in some pregame dunking festivities. Looks like he got his pops’ bounce.

The Trailblazers beat Rolling Hills Prep 70-48 behind 18 points from Brandon Boston Jr., 15 points from Terren Frank, and a great all-around defensive effort. Zaire Wade didn’t get a lot of run or touches, but he brought energy and defensive intensity off the bench.

Dwyane Wade seemed to have a good time watching Zaire and Sierra Canyon, mingling amongst a crowd of people trying to get his attention, and even getting a couple of shots up.