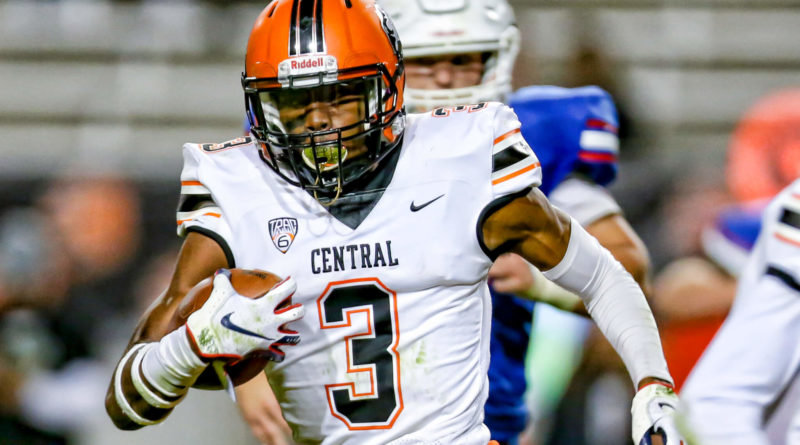 Central quarterback Jameson Silva passed for 269 yards and two touchdowns and the Grizzlies’ defense kept Buchanan’s 5-star running back Kendall Milton relatively in check, limiting him to 89 yards. Milton, a Georgia commit, was playing in his first game in a month after suffering a quad injury early in the season.

Central (6-0) came into the game ranked No. 20 in Scorebook Live’s statewide Top 25 rankings. Buchanan (3-3) has played one of the toughest schedules in the state. The Bears’ three losses were to No. 10 Narbonne, No. 3 De La Salle and No. 20 Central.

Here are photos from the Central-Buchanan game:

(All photos by Bobby Medellin)