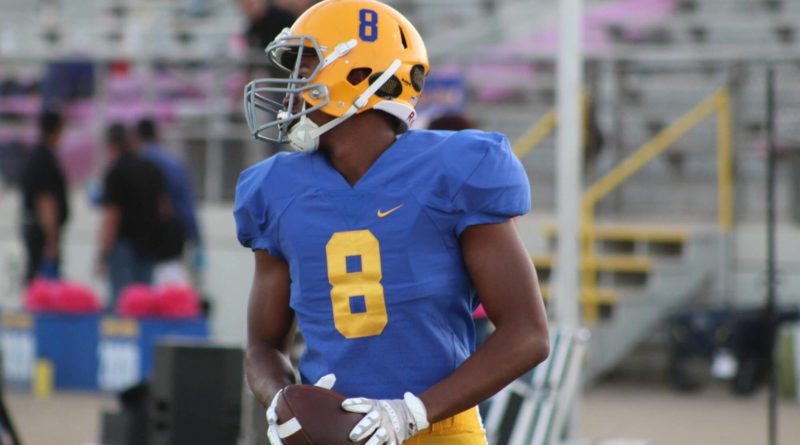 NORWALK — Cathedral led La Mirada 17-7 with 6:43 to play Thursday night. From there, the Matadores scored the final two touchdowns of the game to shock the Phantoms 21-17. La Mirada moved to 5-2 with the win. Cathedral fell to 3-4. Below are five takeaways.

Freshman Makai Lemon made Scorebook Live California’s list of top ninth-graders last week and showed why in tonight’s game. He caught a 29-yard pass with La Mirada trailing 17-7 in the fourth quarter, which changed the complexion of the game. Earlier on, he nearly intercepted a pass on defense and was also active on special teams making tackles and returning kicks. Cathedral has a few “top recruits” on the roster; Lemon deserves that designation too.

Senior running back Thaddeus Dixon rushed for the first and last La Mirada touchdowns Thursday. Those scores went for three yards and one yard respectively.

Senior Norvell Holmes iced the game for the Matadores with a fourth quarter interception on Cathedral’s final drive.

“Sometimes you’re going to win ugly,” La Mirada head coach Mike Moschetti said after the game. “That was very ugly tonight, but I’m proud of these kids. We’re getting better every week and we beat a good Cathedral team.”

This ending wasn’t pretty, as Moschetti indicated. Leading 17-14 at around the two minute mark in the fourth quarter, Cathedral lined up to punt. The snap sailed over punter Steven Ruiz’s head and he recovered the fumble at the Phantom one yard line. Dixon punched the ball in for La Mirada two plays later. If this was an NFL game, the talking heads would be debating if Ruiz should have run out of bounds into the back end zone for a safety after recovering. That way Cathedral would have still had the lead and wouldn’t have gifted La Mirada the game-winning TD.

Phantom sophomore Juan Wilson Jr. returned the ensuing kickoff for a score, but Cathedral was called for holding, which negated the TD. Two plays after that, quarterback Lucas Lenhoff threw the game-ending pick to Norvell.

Cathedral receiver Chad Johnson Jr. is a big play waiting to happen so when the Phantoms got the ball back with 1:30 to play at the La Mirada 45 yard line trailing 21-17, the game was far from over.

Following a short completion, Lenhoff looked for Johnson Jr. over the middle on the next play, but Norvell jumped the route and intercepted Lenhoff’s pass. That was that.

Dynamic Cathedral receiver Darius Wallace missed tonight’s game with an ankle injury. The senior suited up, but did not see the field. He’s a three-star recruit, per 247Sports.com. The Phantoms missed his big play capability.

The Matadores go on their bye week before beginning Suburban League play in two weeks against Mayfair on the road. Moschetti’s team will certainly be on a high.

Cathedral hosts Salesian in two weeks to start Angelus League play. They’ll have some soul-searching to do in the upcoming weeks.