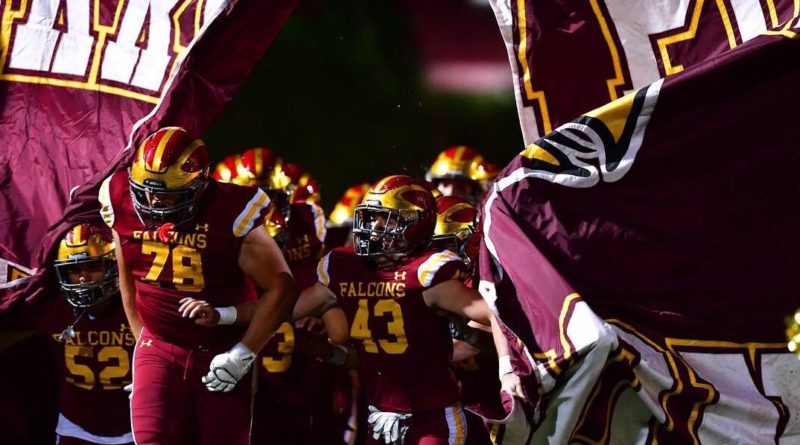 The Lancers and Falcons have had many great battles over the years that includes a 2005 CIF Championship for Carlsbad, though the Falcons lead the all-time series, 19-10. Both teams were among the three from the Avocado League that made the Open Division playoffs last season though that number will likely only be one this season. Carlsbad quarterback Aidan Sayin has had a good start to the season throwing 8 touchdowns to only 1 interception. His top target, Cole Wright, has grabbed 27 passes so far with 4 of those going for touchdowns. The Falcons have yet to find consistency on offense and will hope to have that figured out following they bye week.

The Hornets and Warhawks will each get an opportunity to make a big statement to open Western League play when they face off on Friday night. Lincoln followed up their bye week by squeaking one out against Mater Dei Catholic, 31-28. Madison had arguably the best win in the county last week when they traveled to unbeaten Grossmont and took down the Foothillers, 34-13. Senior Keontae Springs, who’s looking like a player of the year candidate, has compiled over 1,000 totals yards with 10 touchdowns on the season. The Warhawks will have revenge on their minds after falling to the Hornets 24-14 in last year’s regular season finale.

The Titans and Panthers, who appears to be the top two teams in the Palomar League, both come in with 1-0 league records. Vista is averaging over 50 points per game over their last three after a season opener against St. Margaret’s that has since become a forfeit loss and a one-point overtime loss to La Costa Canyon. Their ground game continues to roll with David Flores, Desmond Taua, and Brian Kelly combining for 23 rushing touchdowns through 5 games. Poway’s offense revolves around Josh Butler who’s averaging 8.6 yards per carry with 9 touchdowns on the season.

Oceanside appears to have things figured out following their season opening loss to San Clemente. The Pirates have shown that they can win shootouts or low-scoring overtime games. Kavika Tua has shown his skills as one of San Diego’s best running backs, rushing for over 100 yards in every game with a high of 223 yards versus Westview. The Grizzlies have been inconsistent this season, following up a loss in their season opener with two quality out of section wins. The last two games have seen them lose at Carlsbad and narrowly beat Ramona. Mission Hills has dominated this series at home, winning by a combined score of 116-9 over their last three matchups.

Steele Canyon, who currently sits as the 3-seed in the Open Division, has made their mark this season on defense. They’ve allowed 34 totals points over 5 games but have played close games with Eastlake, Madison, and Otay Ranch. Granite Hills’ offense is centered around junior quarterback Justus McComb. He’s the Eagles leading passer and rusher having totaled 16 touchdowns so far, though turnovers have been an issue. He’s thrown 7 interceptions and has a lost fumble through 5 games. Ball security will be a key going against the Cougar’s talented and experienced defense.