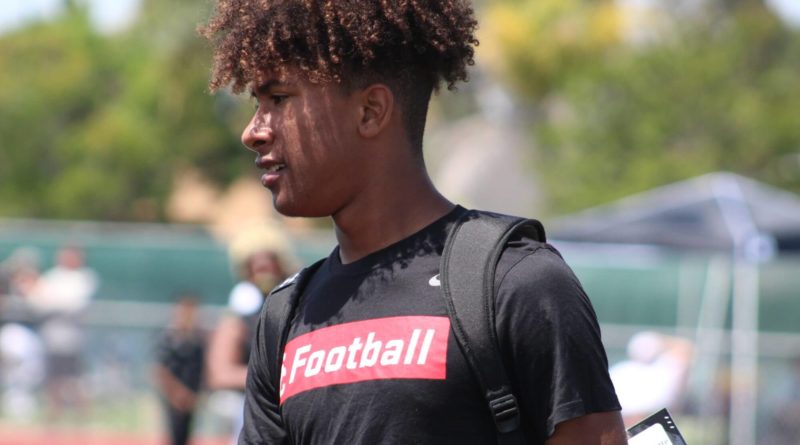 Southern Section and LA City Section athletes who had to sit out the first five weeks of the high school football season due to not having a valid change of residence or hardship waiver are eligible to play this week.

After reviewing the list, here are 15 “sit our period” transfers that will make the biggest impact in 2019.

Fontenette, an Arizona State commit, caught 32 passes for 648 yards and four TD’s last season at Alemany. The junior won’t play this week because Oaks Christian is on a bye, but he’s eligible the rest of the way.

Johnson caught nine touchdowns and intercepted a pass last season at Northview as a sophomore. He’ll add to a Muir team that is ranked number one in the latest Division 11 coaches poll.

Undefeated Sierra Vista gets even better with the addition of Woods, a junior. Dons co-head coach Matt Villasenor described Woods as a “game-changing D1 prospect.” Watch out.

Ambuehl adds some beef to the Calabasas offensive line. He transferred from Brentwood.

The junior transfer from Costa Mesa will make his debut Friday against Bishop Amat.

Honore carried the ball 51 times for Vista Murrieta rushing for one score a year ago. He’s a junior.

Kyles made 33 tackles for King last season as a sophomore.

Wilson will be a big play threat for Paraclete and quarterback CJ Montes. The junior transferred from Lancaster.

Jones has been a monster in Sierra Canyon football practices so far this season. The senior Antelope Valley transfer will get to play for real Friday against Crespi.

The Quiroz brothers transferred from Alemany this offseason. Gavin is a junior and Jake is a sophomore.

Lucky may be a prospect for the future, but the sophomore made some impressive catches as a freshman for Mira Costa. Check out his tape here.