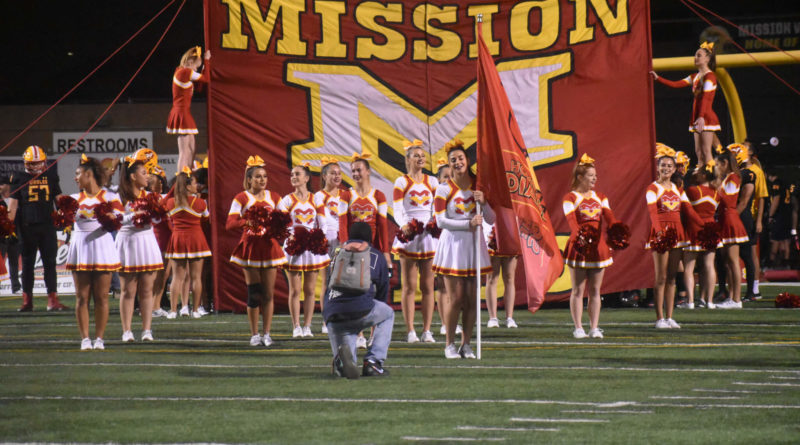 MISSION VIEJO – Friday night at Mission Viejo, the Diablos defeated Upland 38-3 in a game that many expected to be close. Mission Viejo moved to 6-0 on the season. Here are five takeaways from the game.

Mission Viejo came into this season with a reputation as an offensive juggernaut. Peter Costelli and Chase Nenad joined an already-elite offensive squad under renowned offensive mastermind Chad Johnson. Their defense has been equally good this season, allowing 40 points all year through six games.

Coming into this matchup, Upland had one of the more reputable defenses in the country, led by Justin and Jonathan Flowe. To be sure, the Scots’ defense was not bad tonight. Justin Flowe had a number of signature highlight-reel big hits and tackles for loss, plus a sack. 38 points is much more than they would have liked to give up, but some of Mission Viejo’s touchdowns came from special teams, or were assisted by excellent field position going into their drives. And Mission Viejo only had seven points until late in the second quarter.

As has been the case in most of the Diablos’ victories, they fired on all cylinders in balance.

QB Peter Costelli was right on the money all night with an efficient 196 passing yards, and threw one touchdown each to Jereme Cortes-Rolfe and TJ Roelen. Freshman Michael Matthews also had six receptions for about 70 receiving yards.

Mission Viejo’s two-headed monster at running back came up big as well. In short proximity with the public address speaker wishing his mother a happy birthday (Saturday), Jacquez Robertson opened the scoring with a touchdown run in the first quarter. Tyson Scott also had a rushing touchdown.

Mission Viejo’s offensive line has been outstanding all season. Relative to other Division 1 opponents, they don’t have the largest offensive line–they don’t boast a litany of 300-pounders–but they did their jobs just fine against Upland’s fearsome front seven.

The Diablos’ defense was excellent as well. Easton Mascarenas was outstanding, finishing with multiple sacks and tackles for loss, and a recovered fumble. Safety John Burns finished with two blocked punts. Logan Schwenke, Lance Keneley, Brenndan Warady, and Ryder Fitch were among the other Diablos coming up big on defense.

By the time Mission Viejo took a 17-0 lead on Costelli’s bullet to Cortes-Rolfe with a little under four minutes left in the first half, it was just about over for Upland. Mission Viejo had them locked down. And the Scots were just out of rhythm tonight offensively compared to many of their games.

That said, a field goal by Archie Green just before halftime got Upland on the board. But Mission Viejo turned it up even more on both ends in the third quarter. Upland certainly didn’t come out flat on Thursday. Mission Viejo just came out with a very high level of energy, and noticeable poise.

Touchdowns by Roelen, via Costelli, and Scott in the third quarter blew the game wide open.

The Diablos were mentally prepared for an Upland squad that takes pride in playing physical, relentless defense.

“Mindset going into the game was, I had to be ready for everything that was coming at me,” Robertson told Scorebook Live.

“I knew [Justin Flowe] was going to come after me. He hits hard. Both of them hit hard, both of the brothers. But I was ready.”

“No matter who you go up against, you can’t have a mindset of being scared,” said Costelli.

“Those two are great players, the Flowe brothers, but you just got to know where they are at all times on the field and just work against it.”

With the win over Upland, Mission Viejo completed a perfect preseason, finishing 6-0. Now they have an excellent chance to go unbeaten for the entire regular season before the playoffs. After soundly defeating the likes of Upland and Santa Margarita, the Diablos will be considered the favorites against El Toro, Capistrano Valley, San Clemente, and Tesoro.