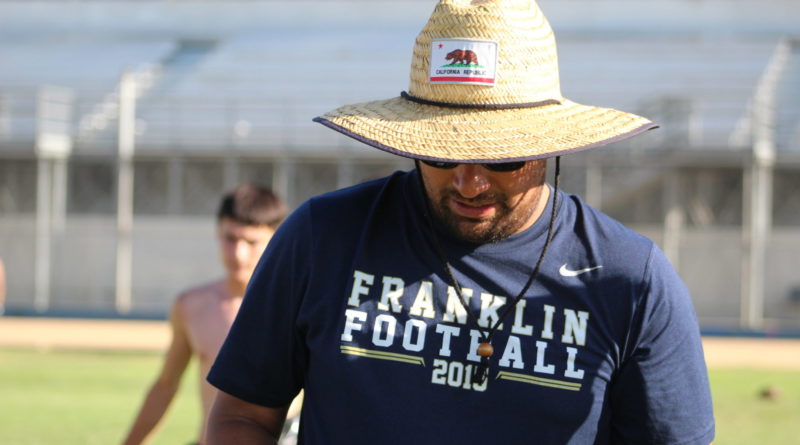 These two results will be important for seeding purposes come playoff time. Looking at the Cal Preps rankings, Franklin’s win moved them to number 11, four spots ahead of Canoga Park. Both teams each have one more “tough” game on their schedule the rest of the way. Franklin plays Eagle Rock on October 18 and Canoga Park plays San Fernando on October 4. I think Franklin has a shot at beating Eagle Rock, but assuming Franklin and Canoga Park each lose their one remaining tough game, Franklin would get the nod as the number one seed in Division 2 with Canoga Park at number two.

Fairfax’s loss dropped them to 12 in the Cal Preps rankings. Unless they run the table in the Western League, the Lions will most likely miss out on the eight-team Open Division. This loss opens the door for Carson and/or Crenshaw to potentially make the eight-team field.

Reseda probably misses out on the Open as well after losing to Crenshaw and Palisades earlier in the year, but a win over San Fernando this week would move them into the top eight.

FRANKLIN’S WIN IS ONE TO REMEMBER

Franklin head coach Narciso Diaz called the Panthers’ 48-21 win over Fairfax a “top-three” win in his coaching tenure behind only Franklin’s City Championship in 2016 and a regular season win against league rival Eagle Rock that same year.

Culver City quarterback Zevi Eckhaus put up the top quarterback performance of the season so far in the Centaurs’ 55-52 double overtime win over Palos Verdes on Friday.

Eckhaus completed 37 of 48 passes for 573 yards and seven touchdowns. He rushed for an eighth score that won the game for Culver City.

At the beginning of the football season, I put out a story detailing which quarterbacks had a chance to break Southern Section records in 2019. Eckhaus was one of the five QB’s included in the write-up. This is now the second year in a row he’s putting up eye-popping numbers. Every other quarterback on the list is committed to a D1 school. Eventually, Eckhaus will get that chance too. He’s that good.

The Centaurs came into 2019 with two tough games on their schedule. They got through Palos Verdes and now await Lawndale on October 11th. If Culver City can beat Lawndale, they will win the Ocean League and most likely finish undefeated.

Head coach Jahmal Wright deserves a lot of credit. This could have been a rebuilding year for a program that won a section championship a season ago. Instead, the Centaurs have picked up right where they left off. They’ve put Division 5 on notice.

Murrieta Valley’s comeback win over Oaks Christian gets an honorable mention nod for best finish. The Nighthawks trailed the Lions by 20 points with ten minutes remaining before going on to score three touchdowns to win 39-38.

In Calabasas’ 31-20 loss to JSerra on Friday, sophomore running back Jaylen Thompson rushed for an incredible 67-yard touchdown.

I really liked what JSerra junior receiver Earnest McDaniel had to say following the Lions’ win over Calabasas. The previous week, JSerra quarterback General Booty was benched and he bounced back with a strong game on Friday. McDaniel spoke with me about the pressure on Booty to perform after the win.

“There’s always pressure on [General’s] shoulders,” McDaniel said. “He’s the quarterback, the leader of this team. He dusted that off and he came back strong.”

If Booty’s improved play continues in JSerra’s upcoming Trinity League games, the Lions will be tough to beat.

Young is one of the top quarterbacks in the 2020 class. This was a major recruiting win for Alabama and a devastating blow to USC.

How about Glendora grad Matt Fink’s game Friday night for USC? The redshirt junior came in for the injured Kedon Slovis and led the Trojans to a 30-23 upset victory over then #10 Utah.

Fink completed 21 of 30 passes for 351 yards and three touchdowns. Not bad for the “third-stringer!”

Ethan Garbers will throw a touchdown pass to John Humphreys in the final minutes of Corona del Mar’s game against San Clemente on Thursday. That score will be the difference in the game.