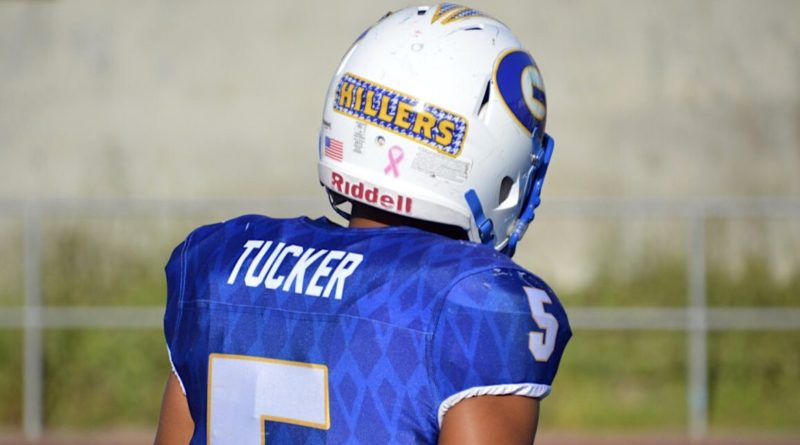 Congratulations to Grossmont High School running back Robert Tucker for being voted our Southern California football player of the week!

Tucker received 37.7% of the vote, beating out Helix RB Elelyon Noa who finished with 31.4%. Banning quarterback Jake Otto finished third with 14.2% of the vote.

We are currently accepting player of the week nominations for the week of Sept. 16-22. If you would like to nominate an athlete, please email ben@wpsblivest.wpengine.com or tag us on Twitter or Instagram at @sbliveca.

Here are the other athletes who were nominated for Sept. 9-15:

Jake Garcia, Narbonne QB: Garcia threw four TD passes in less than three quarters in Narbonne’s 38-0 win over Orange Lutheran. In the first half alone, he was 17-for-21 for 269 yards.

Sean Guyton, Notre Dame CB/WR: Guyton caught a 40-yard touchdown pass and returned an interception for a touchdown in the Knights’ 22-7 win over Paraclete.