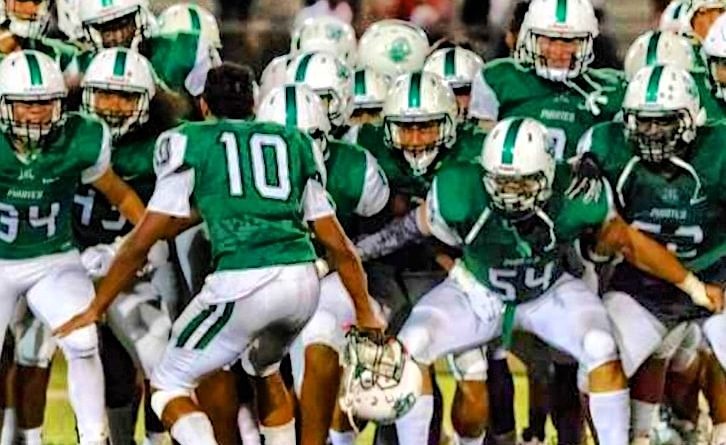 The Saints and Highlanders have played several great games dating back to 1951. Last season’s battle in the CIF D1 Championship was one of the most memorable. St. Augustine prevailed in overtime after Helix scored and opted to go for the 2-point conversion and the win but weren’t able to convert. This year’s matchup will feature arguable the two best running backs in the county in Elelyon Noa and Byron Cardwell.

The Pirates and Mavericks both have their sights set on an Avocado League Championship, and both started out with impressive league wins on the road. Junior running back Kavika Tua is averaging 10.8 yards per carry for the Pirates and is sure to have the attention of the Mavericks defense that locked down El Camino in week 4.

The only matchup in San Diego this week featuring undefeated teams. The Aztecs have been on a roll offensively averaging 8 yards per carry as a team. Sophomore Christian Venegas has 24 carries on the season, but 5 of those have resulted in touchdowns. The Sultans have been strong offensively as well, having scored 40+ in 3 of 4 games and are coming in off of back-to-back shutouts of Mar Vista and Sweetwater.

The Torreys offense has been the county’s best through the first month of the season and look to be the clear-cut favorites in the Pacific League. They’re averaging a staggering 46 points per game led by quarterback EJ Kreutzmann who’s throwing for 458 yards per game and has totaled 23 touchdowns through 4 games. The Eagles will attack in a complete opposite way having only attempted 15 passes in 4 games. Their ground game is led by Stephen Britton, Kian Hogan, and Blake Weeks who have combined for 10 rushing touchdowns so far.

The Falcons are off to their best start since 2006 but will be tested against a La Jolla team that has been stout defensively so far. Nick Gardinera and Rashad Griffin Jr. have had big starts to the season for the Falcons and have been helped by a defense that’s pitched two shutouts and allowed a combined 17 points in their two other games. Junior Max Smith has contributed on both sides of the ball so far as the Vikings will look to equal their 2018-win total in week 5.