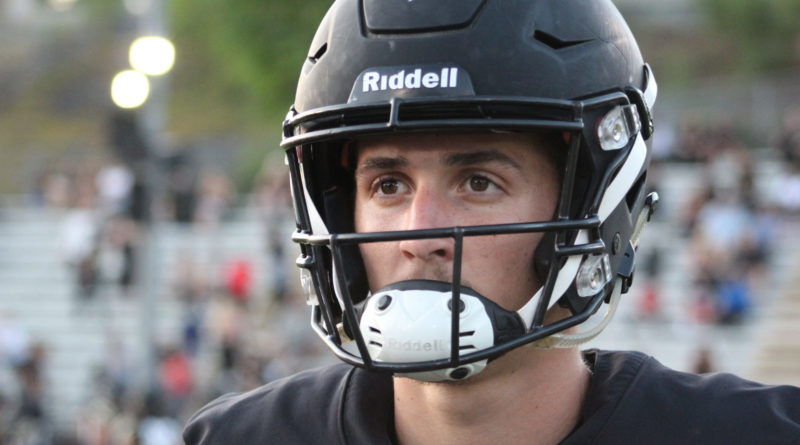 Every Monday, Scoreboook Live California reporter Connor Morrissette writes a column highlighting the top performers and the most intriguing storylines in Southern California high school football. You can find his column archive here.

We knew this before the season. There’s no reason for any analysis with these two. They’re the top dogs and will be in the Division 1 playoffs when Division 1 and 2 are separated at the end of the season.

It’s a bit of a different story with JSerra. The Lions host Calabasas on Friday. The winner of that game will be in the driver’s seat for a D1 berth. JSerra’s game against Servite on October 17th is important too. The third place team in the Trinity League will almost certainly get a D1 bid. If JSerra beats Calabasas but loses to Servite, they will still have a chance.

If I were a bookie, all three of these teams would have really good odds of making D1 even with a loss down the line. Strength of schedule makes a difference.

Here’s where things start to get interesting.

If one of Serra Gardena, Notre Dame or Bishop Amat wins the Mission League then they will get a D1 berth (Bishop Amat would need to win out). If Division 3 Alemany wins it, then it’s tough to make a case for any of these three to be in. If that occurs, Serra would have the best chance to make it because of their strong non-league wins over Calabasas and Long Beach Poly.

I think Norco will be a Division 1 team, even with a loss to Corona Centennial. Assuming the Cougars win every other game, 9-1 will be more than enough.

I have Calabasas as a Division 1 team too. The Coyotes should win the Marmonte League and their win over La Habra puts them ahead of Upland because Upland lost to the Highlanders.

If Sierra Canyon beats Grace Brethren on October 25th, they should be in.

Servite has a chance to play their way in if they can beat Notre Dame and JSerra. Even going 1-1 could be enough.

A 10-0 San Clemente team definitely gets in. A 9-1 Triton team with a loss to Mission Viejo might not be enough.

The winner of the Murrieta Valley vs. Vista Murrieta game on November 1st should have an outside shot at the D1 playoffs. Would the ranking formula say no to a 10-0 Murrieta Valley team?

There are the scenarios, but what do I actually think will happen? Here are my predictions:

Servite is the team that just misses out in my projection, for better or for worse.

Narbonne was the number one seed before the 2019 season kicked off. San Fernando has played a soft schedule, but they should go 10-0. That will definitely be enough to get into the Open Division field.

I think we’ll see the Marine League get four Open Division berths like it did two years ago. San Pedro and Banning have non-league wins that should still get them in even if they finish third or fourth in league. Garfield’s win over Crenshaw was huge. They’ll represent the Eastern League. Birmingham will represent the West Valley League.

The winner of the Western League will get into the Open Division. Right now, Fairfax and Palisades look like the favorites (their game on 11/1 will be huge) with Venice and Westchester hoping to surprise. They’re Open Division long shots.

Carson needs to make up some ground in the Marine League to have a chance. They’re still yet to win a game. Partner the tough start with a fourth place league finish and they’ll likely miss out.

Palisades is the team that just misses out in my projection, for better or for worse.

Who doesn’t love a good redemption story? That’s what we got Friday, when Bishop Alemany annihilated Oaks Christian 44-7. A year ago, an undefeated Alemany team traveled to Westlake to play Oaks Christian and the Warriors got waxed 56-14. Led by Floyd Chalk, Alemany turned the tables Friday.

Alemany certainly is not. The Division 3 Southern Section title race will be fascinating. Along with Alemany — Grace Brethren, Corona del Mar and La Habra will all be in contention for a championship come playoff time. Edison, Cathedral, Cajon and Lawndale will all try to play spoiler. The division is loaded and whoever makes it out alive will be state championship favorites.

In terms of great endings, there was Sierra Vista vs. Baldwin Park and then there was everybody else this week. Where do I even begin …

There was A TON of build up to Friday’s rivalry game. And in front of a sold out crowd, Sierra Vista edged Baldwin Park 34-27, erasing a 21-point deficit. The game lived up to the hype.

Nicholas Soares’ TD reception put Sierra Vista ahead late and the Dons’ defense held in the final moments to give Sierra Vista its first win over Baldwin Park in 20 years.

“Every great program or team is like beef stew. The players are the beef. You don’t win with vegetable soup.”

He didn’t have the prettiest of stat lines, but Cajon grad and Arizona State true freshman quarterback Jayden Daniels led the Sun Devils to a 10-7 road win over one of the top defensive teams in the nation, Michigan State, on Saturday.

Daniels rushed for multiple first downs in ASU’s fourth quarter 11-play, 75-yard touchdown drive that led to their victory. He was calm, cool and collected. It was awesome to watch.