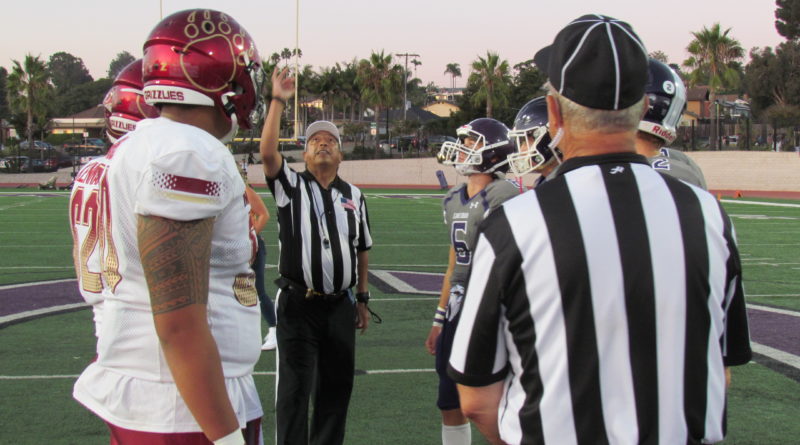 CARLSBAD — No. 4 Carlsbad used a huge defensive performance to beat No. 8 Mission Hills in both teams’ Avocado League opener on Friday night. Here are five takeaways from the game:

Dylan Quinn– A force on defense he had 4 sacks, a force fumble, and an interception.

“I’m just doing my job, that’s all I can do with this defense is just do my job. Coach (Publico) puts us in great spots and if I do my job, I’ll make plays,” Quinn said after the game.

DJ Young– His two, two-yard touchdown runs in the 1st half were all Carlsbad needed on the night.

Skai Donnell– Collected a 1st quarter punt and returned it 32 yards for a touchdown to give Mission Hills a 7-0 lead.

Mission Hills was driving into Carlsbad territory late in the 3rd quarter when a pass across the middle flew too high and Lancers defensive back Noah Vella made a great play on the ball to intercept it and give Carlsbad the possession back.

“Well we have a lot of returning starters, so we want to get that back, we want that game, we want Cathedral,” Carlsbad running back DJ Young said after the game.

The Lancers were eliminated by Cathedral Catholic 35-0 in last season’s Open Division Championship.

After allowing a Mission Hills punt return for a touchdown, the Lancers rebounded with 17 straight points and a stifling defensive performance.

“You know our defense lacked a little communication at first. Once we got the ball moving, the defense got moving,” senior linebacker Kyle Vassau said after the game.

“It’s amazing, a win’s a win but were on to the next, playing San Marcos,” Quinn said.

The Lancers two Open Division Playoff Appearances have both ended with being shutout, but this year’s group appears ready for the challenge.

“You know our senior class is really motivated to make a great comeback this year and we have goals to win CIF and go on from there. All of us are working for that in every game,” Vassau said.