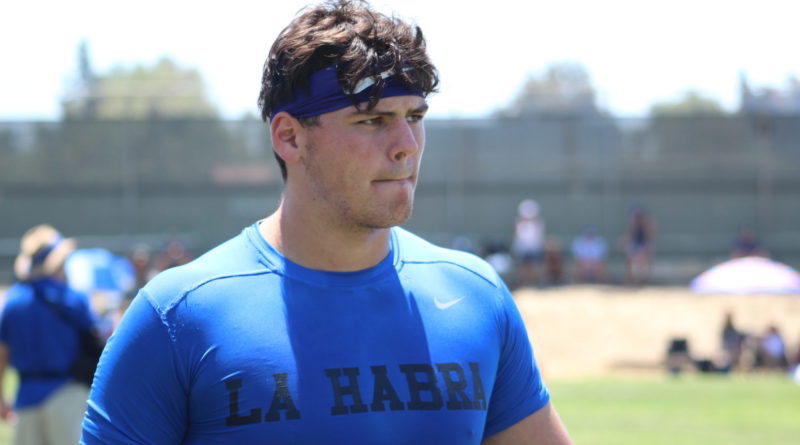 These are preseason rankings based on last year’s performance and spring and summer observations. We will update the rankings at midseason. Here are the top five tight ends in SoCal high school football:

At 6-5, 240, the Washington commit has the size to block line a lineman and great hands at the same time. Caught 22 passes for 375 yards and five TDs last season.

Ambagtsheer can do it all for St. Augustine. He excels at both blocking and receiving (473 yards last season), and also is a great defensive end. He’s received 18 college offers and Utah is the favorite to land him.

USC-commit Yary is probably the best blocker on this list. At 6-foot-6 and 255 pounds, there’s a solid chance he will play some offensive line in college. He’s a great receiving threat at TE. Yary registered 386 receiving yards and six touchdowns in only eight games last season.

Overman just landed a scholarship offer from Washington. He’s a captain at Servite and one of the Friars’ main pass-catchers.

Arguably a top-10 tight end in the country, Mark Redman has both the size and skills to leave scouts salivating. At 6-foot-6 and 250 pounds, he has excellent hands and route-running ability.

Last season he racked up 589 receiving yards and nine touchdowns. He’s committed to Washington along with his star quarterback, Ethan Garbers. This year, Redman already has four touchdowns and 161 receiving yards through three games.