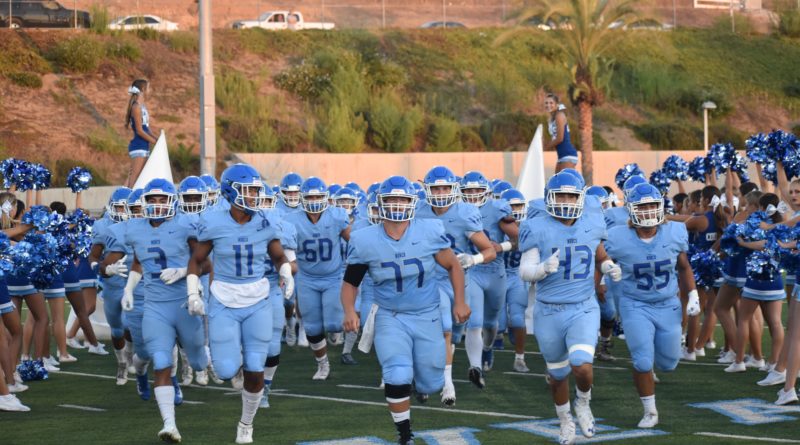 NORCO — Norco and Rancho Cucamonga have two of the better offenses in the country, especially as far as public schools go. Both feature 4-star pro-style recruits at QB, numerous other elite playmakers, and great offensive lines. In our Game of the Week on Friday night, Norco won a shootout, 59-44. Here are five takeaways from the game.

Very rarely do football teams combine for over 100 points, let alone in regulation. But that’s what happened, and it didn’t come as a surprise given the personnel. This was bound to be a fun duel between two highly renowned offenses, making it no surprise that it was voted our Game of the Week.

The Norco Cougars are headlined by QB Shane Illingworth, an Oklahoma State commit and Under Armour All-American. They also have a 4-star recruit at receiver in Oregon commit Jaden Navarrette, and another D-1 prospect at WR in Marquis Ashley. They all had great games, but it was a lesser-known name that stole the show tonight. More on that in a bit.

Rancho Cucamonga QB CJ Stroud is arguably a top-five pro-style quarterback in the country. He had a great performance as well, and is bolstered by an excellent playmaking core of WRs Jaden Dixon-Veal and Shane Soares, and RB Silas Bolden. They put up 44 points against a great Norco defense, but it still wasn’t enough.

Norco RB Fernando Chairez had a performance he’ll never forget. He racked up six total touchdowns, five of them rushing, including one to put the game away with a minute left. He finished with 138 rushing yards, and a small chunk more as a slot receiver. His total yardage was great, but doesn’t quite do justice to his imprint on the game.

Believe it or not, Chairez is playing some of his first varsity minutes at running back. He played some RB and slot in younger years, but has been more focused on linebacking at the varsity level. But Norco needed some extra help at RB this year, and clearly, Chairez is more than up to the task. Countless times, he took numerous hits by Rancho’s defenders, and somehow stayed up and kept going.

Illingworth had a monster night himself. He totaled over 300 passing yards and three passing touchdowns, one to Chairez. The defense was zeroed in on Illingworth all night, which helped create room for Chairez to run.

Navarrette had in the vicinity of 100 receiving yards on the night, many of them coming on difficult receptions. Phil Espinoza and Ceaser Gonzalez both had receiving touchdowns. Ashley and Arryss Lyons contributed on offense and as returners on special teams. Norco’s offensive line deserves enormous credit as well.

Stroud finished with over 300 passing yards and four touchdowns in his own right. Jaden Dixon-Veal did exceptional work at receiver. Quenten Moten was great for Rancho Cucamonga at both RB and LB, as usual. Their offensive line did an outstanding job as well to hold off a staunch Norco defense.

After the game, Chairez told Scorebook Live, “Rancho Cucamonga, they were dropping back. I have two great receivers, Division 1 receivers, in Jaden Navarette and ‘Quis, so they were trying to double-cover them and do whatever they can to stop them. And I just played my part running through the holes.”

Chairez’s last touchdown with a minute remaining essentially put the game out of reach. If Rancho Cucamonga could’ve gotten a quick touchdown and an onside kick, they would’ve been in the game. But neither of those things happened, and they lost by two touchdowns.

Rancho Cucamonga took on the challenge of an incredibly difficult preseason. So far, they’ve lost well-contested games against powerhouses in Calabasas and Norco. That’s a daunting gauntlet of competition to start the season. Going forward, they’ll be just fine.