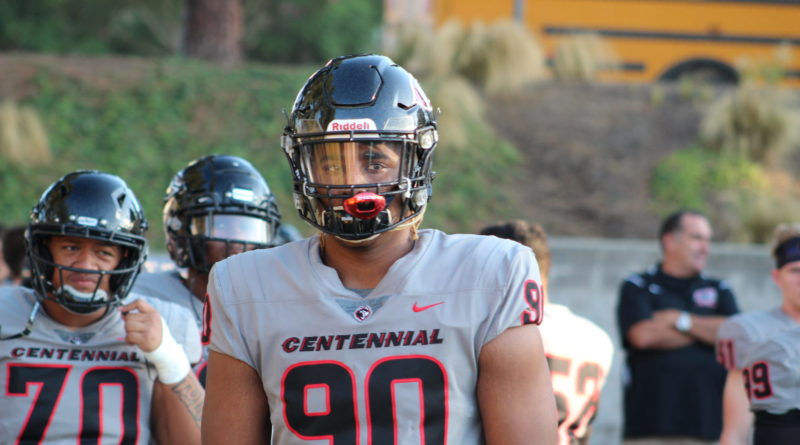 Here’s a look at the best high school football matchups in the San Diego Section for Week 3:

No. 1 Cathedral Catholic vs. Corona Centennial

The Huskies feature arguably the best junior in the nation in defensive end Korey Foreman. The Dons offensive line, the best in San Diego, will certainly be up to the challenge of facing the Huskies and continuing on last week’s success. The Dons have been pounding the run game through two weeks with senior Zavien Watson getting the call. He’s cashed in on three rushing touchdowns in each game so far and will look to continue that in week 3.

We’re only in week 3 of the regular season, but the Komets and Tigers have both already had their bye weeks. The Komets opened with 65 points against Calexico, while the Tigers put up 68 against Patrick Henry in their opener last week, so it’s not crazy to expect around 100 points on Friday night. Morse senior Michael Cunningham had a huge debut in week one running for 187 yards and five touchdowns while also throwing for a touchdown.

The Saints and Cubs will be facing off in a cross-section matchup for the sixth consecutive season, in a series that dates back to 1926, when the two teams tied at 0-0. St. Augustine won 28-10 last season and looks to be the favorite again. The Saints defense has been on a mission so far allowing only seven points over two games against Bonita Vista and Eastlake.

The Crusaders and Knights played in week 3 last year with the Crusaders coming back in the second half from a 12-point differential only to see Bishop’s score late to hold on 39-33. This year the Crusaders are coming off of a loss to Grossmont in which they allowed the Foothillers to set the CIF-SD record for total yards (817). Their reward is a matchup with San Diego’s top quarterback in Tyler Buchner. The Notre Dame commit has rebounded from last year’s ACL Tear to throw for 5 touchdowns and run in two more in the Knight’s two wins so far.

The Stars will make the trek down from Alaska where in two games so far they’ve scored 102 points and only allowed 26. Alaska’s top team looks like they’ll provide a challenge for Christian who bounced back from a week one loss with a victory over De Anza on Friday. Patriots quarterback Gabe Krug is completing 66 percent of his passes and has been helped out in the rushing attack by seniors Christian Salacup and Nate Stine.