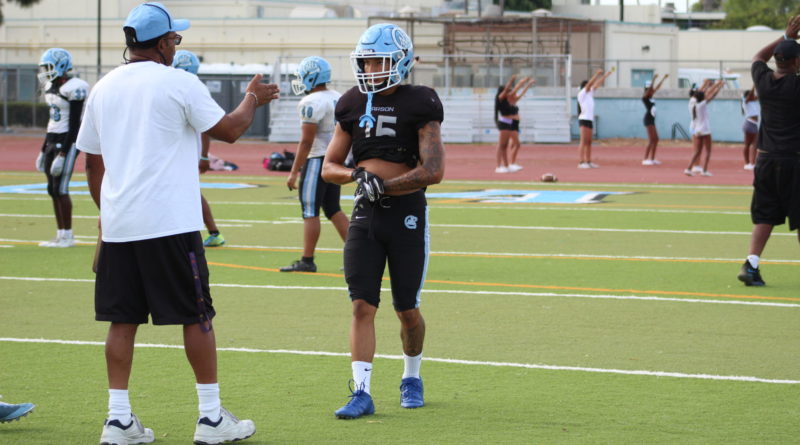 The Gauchos burned me last week, losing by 20 to Utah’s Lone Peak. Beyond motivation from that loss, I like Narbonne this week because two weeks ago they kept Buchanan star running back Kendall Milton in check. St. Paul’s tail back Trennel Ridgley is a great player, but I think Narbonne limits him and the Gauchos win.

Garfield couldn’t stop the run last week against Serra, but that was Serra and this is El Rancho. Anthony Ruvalcaba should get back to his dominating ways on the defensive line.

Taft is rebuilding and San Pedro is on its way to having its best regular season in years led by RB/LB Josh Ward.

Birmingham was routed by Crespi last week and things don’t get any easier this week. To make matters worse, the Patriots have lost multiple linebackers to injury so far this season.

San Fernando trailed 23-0 to Canyon last week before coming back to win. On paper, San Fernando should win this week, but that start makes me nervous. A win for Franklin would be a huge accomplishment; we rarely see Division 2 teams beat Division 1 teams, especially when the Division 1 team made the Open Division last year. I’m taking the Tigers, but Franklin needs to be taken seriously.

Banning is 0-2 and Dominguez is 2-0, but Banning has played a much tougher schedule. Pilot QB Jake Otto should have a great game.

Carson lost by multiple scores to Edison last week and it looks like that will probably be the case again against Cathedral.

El Camino Real is hosting and I think that gives them the edge.

Two high powered offenses will battle it out Friday. The victors will be crowned kings of Reseda. The Regents youth on defense makes me nervous. How will they perform against the double wing? Cleveland running backs Caleb McCarty and Kariem Muhammad have started really well in 2019.

This will be a fire fight; each team possesses an explosive offense. I want to pick Grant. They lost a shootout to Cleveland last week and beat Chatsworth the week prior. Canoga Park’s mammoth shutout wins against Roosevelt and Chavez can’t be ignored though. The Hunters are legit. WR Dominic Arango-Serna is the player to watch for Canoga Park.

Led by Alan Cisneros, Eagle Rock’s defense is stout. They’ll be too strong for Bell.