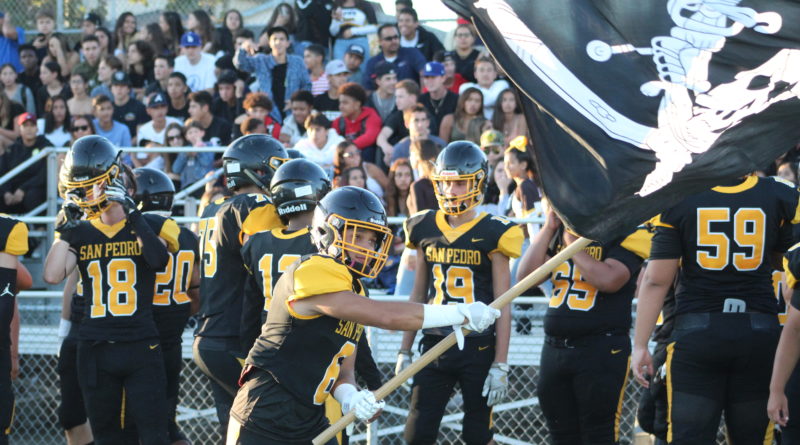 Every week, Scoreboook Live California reporter Connor Morrissette writes a column highlighting the top performers and the most intriguing storylines in Southern California high school football. You can find his column archive here.

Grace Brethren’s Josh Henderson was a man on a mission in last week’s 54-28 road win over Oaks Christian. He rushed for 136 yards and four touchdowns. The senior also intercepted a pass on defense and made several tackles.

The Lancers won a state championship last season, but this win might have been bigger in a program-building sense. Blowing out a perpetual Division 1 playoff team on the road shows that the Grace program has officially arrived as one of the best in the region. The Lancers can compete with just about anyone in Southern California.

Head coach Josh Henderson (father of our top performer) deserves a lot of credit for molding the program into a power. Grace Brethren’s ascension can only be rivaled by Sierra Canyon in Southern California. Both schools have reached great heights after beginning in the lower Southern Section divisions. Grace was in Division 13 in 2015. Sierra Canyon’s program started in 8-man.

“I’m proud of this team and I’m proud of my son,” the older Henderson said after Friday’s win.

Grace’s head coach certainly has a lot to be proud of.

THE PLIGHT OF PUBLIC SCHOOL FOOTBALL

There was a lot of discussion this past week about public schools no longer being able to compete with private schools for championships at the highest level in Southern California.

Cal-Hi Sports writer Mark Tennis tweeted that since 1990, very rarely has a public school team finished as the best team in the state. It has only happened four times in the last 28 years.

But overall, public schools used to be competitive at the top. That isn’t true anymore and probably won’t be for the foreseeable future.

After Corona Centennial lost 42-12 to Mater Dei in both teams’ 2019 opener, Centennial head coach Matt Logan told me, “There is a little bit more of a separation than what there has been probably,” when discussing the gap between Mater Dei, St. John Bosco and everybody else in Southern California.

I believe there are two main reasons the gap that Logan mentioned exists and why it’s widening. The first is transfer culture. Mater Dei and St. John Bosco aren’t alone in this practice, but can provide the most high profile examples.

The best players play at these schools. It doesn’t matter how long someone has been in the program. Of course, public schools accept transfers too and I’m sure many adopt the best-player-plays philosophy as well, but you’re kidding yourself if you think it can compare to how the top-tier private schools operate. It’s at a different level and is a big reason why Mater Dei and St. John Bosco have been miles ahead of the pack the last few years.

The second reason the gap is widening comes down to money. Public schools, especially in LAUSD, don’t have the same financial resources that private schools do.

“You look at the private schools and they have unlimited resources. It’s hard to compete,” Carson head coach Arnold Ale said in a phone call Tuesday.

LAUSD hasn’t raised their coaching stipends since 2001. While top private schools pay recruiting directors, City coaches struggle to pay assistants and there is a trickle down.

How can a public school coach build a contender, when they’re the head coach, groundskeeper, strength trainer and recruiting coordinator all rolled into one? This isn’t 1980 anymore. It’s impossible to win at the highest level if a head coach has that much responsibility. The lack of resources means City teams no longer attract top talent.

“Parents fall for that,” Ale said, when asked about private school resources compared to those of City schools.

Carson and Banning used to be contenders because they kept the best players in their district boundaries in their schools. They would still battle with private schools for players, but a lot of the time they’d win those battles. That doesn’t happen anymore.

This dichotomy exists in the Southern Section too, although it is definitely not as bad. It’s no secret that Matt Logan has been offered more lucrative jobs, but has chosen to stick around because of his connection to the Corona community.

Public schools will never be able to pay coaches what elite private schools can. If those coaches don’t feel an allegiance to their community like Logan does to his, can they be blamed for leaving for greener pastures? Clearly, this puts public schools at a disadvantage.

These teams won’t be competing for Division 1 state championships anytime soon though, and that’s a big time change from where things were just five years ago.

Long Beach Poly, a school known for routinely putting players into the NFL, lost 42-0 to Punahou on Saturday.

I thought this 86-yard run from San Pedro’s Josh Ward was pretty special in the Pirates’ win over Eagle Rock.

Murrieta Valley grad Hank Bachmeier went 30/51 for 407 yards and a touchdown in Boise State’s 36-31 win over Florida State on Saturday.

There will be more than 80 combined points in Rancho Cucamonga vs. Norco.