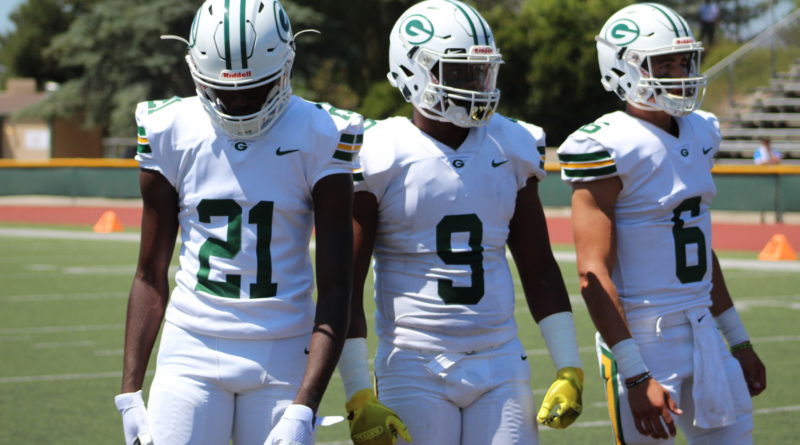 MOORPARK — Narbonne marched down the field on their first offensive possession to go up 7-0 Saturday afternoon, but from there Lone Peak (Utah) scored 27 unanswered points and never looked back. One of the top teams from Utah went on to beat last year’s LA City Section champions 41-21.

Narbonne came into the game ranked No. 7 in Scorebook Live’s statewide Top 25. Here are three takeaways from the game:

Narbonne didn’t have too many, but Eren East and Jared Greenfield stuck out. East was quarterback Jake Garcia’s top target at receiver and Greenfield had a pick-six.

Lone Peak’s Nate Ritchie was the best player on the field. He intercepted two passes, one of which went for a score, he kicked multiple field goals, he kicked off consistently into the end zone and also punted. Ritchie even converted on a fake punt to move the chains for Lone Peak. He was incredible.

Narbonne players and coaches openly admitted they overlooked Lone Peak in this one.

“You underestimate a team and they’re going to kick you in the mouth,” Narbonne linebacker Jordan Banks said.

“We were coming off of a win and we had a confidence going into this week. I think maybe we underestimated them. That’s a coaching error. That’s not a player error,” offensive coordinator Brandon Manumaleuna said.

Banks elaborated that some of his teammates called Lone Peak players “trash” early on. The senior was visibly frustrated after the game and guaranteed to a group of reporters that Narbonne wouldn’t lose again like this in 2019.

Narbonne interim head coach Joe Aguirre told his team in their postgame huddle that they’ll immediately begin to look to St. Paul, next week’s opponent. It wasn’t quite a Bill Belichick, “we’re onto Cincinnati moment,” but it was close.