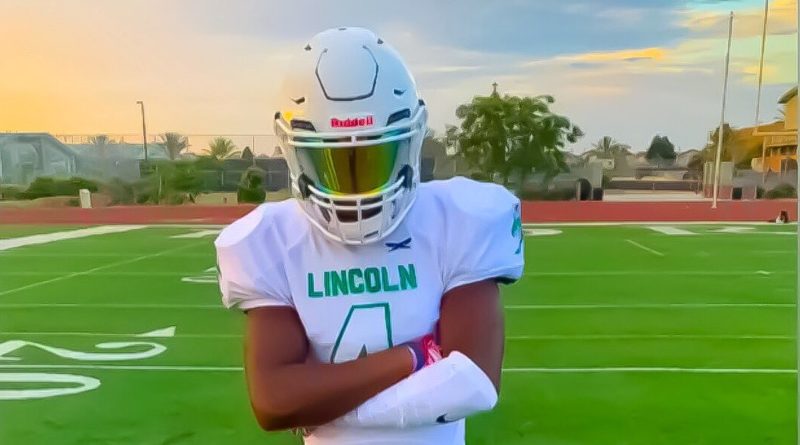 Steele Canyon’s dominant defense lived up to the hype in week one as they held Eastlake to six points. Their challenge in week two will be to shut down a Warhawks offense that scored 34 points in week one. Madison Senior Running Back Ke’ontae Springs had over 400 all-purpose yards and 4 touchdowns against Rancho Bernardo. Viliamu-Ahyou Morse was excellent for the Cougars in week one as he tallied six tackles, two sacks, and a forced fumble.

The Western League meets the Avocado League. Lincoln’s offense has looked lethal so far, both in their scrimmage vs. San Marcos and the season opening win vs. Monte Vista. Quarterbacks Chris Davila and Tyler Jensen both threw for over 150 yards each in week one. Benjo O’Brien had 143 receiving yards, while Keyshawn Smith caught two touchdown passes. The Wildcats picked up a quality road win at Point Loma last Friday capped by a Noah Sega touchdown run late in the 4th quarter. This game should benefit both teams later in the season as they enter their respective league schedules.

The third game in Saturday’s tripleheader as part of The Honor Bowl. Saguaro features one of America’s most talented rosters which includes Kelee Ringo, the nation’s top cornerback, Jacobe Covington, a Washington commit, and Jaylan Jeffers, an Oregon commit. The Sabercats started their season with a 63-0 win over Poston Butte. Cathedral Catholic dominated previously sixth-ranked La Costa Canyon, 42-9, in week one with a huge effort from Arizona baseball commit Zavien Watson. Watson ran for 146 yards and 3 touchdowns.

The Foothillers offense was operating on all cylinders during their week one victory over Mira Mesa. Jaime Odom tossed touchdown passes to four different receivers and also ran for 87 yards. Robert Tucker and Jahmal Nevels both had rushing touchdowns for Grossmont. The Crusaders had one of the most impressive victories in week one when they took down El Capitan, 32-6. Aiden Calvert ran for two touchdowns, while quarterback Trevor Appelman threw for 305 yards and four touchdowns.

Both teams got their season’s started with shutouts in week 1 and appear to be pretty even on paper. The Falcon’s experienced defense is expected to be a strong point this season along with the rushing attack led by Nick Gardinera. The Nighthawks will face a significantly harder challenge in week two playing a team that’s expected to contend for division three. Jake Hadzicki started the season fast for Del Norte with 2 touchdowns, 2 interceptions, and a fumble recovery vs. Fallbrook.