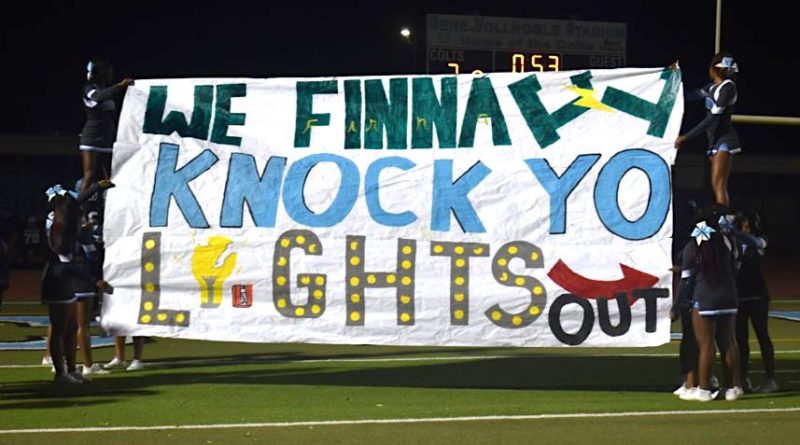 Edison’s scoring was spread among a number of playmakers, but the real MVP of the night was their offensive line. Both of the Chargers’ quarterbacks had ample time to operate and target receivers. Rushing plays that didn’t seem promising turned into repeated first downs. Edison was a bigger squad than Carson, particularly at the line of scrimmage, and it showed. So, their offensive line collectively gets the game ball. (More on that later.)

The Chargers had two quarterbacks splitting snaps, and both did well. Jacob Hanlon took the first half, which included two long touchdown passes to Nico Brown and Cole Koffler. Braeden Boyles came out firing in the second half, and added a passing touchdown and rushing touchdown.

Carson’s quarterback Ui Ale had a solid performance, finishing with 185 passing yards, a passing touchdown, and a rushing TD. Deiontae Wilson did what he could at running back. Both playmakers had a tall task going against Edison’s sizable defensive interior.

Defensive end Bryce Gilbert had an excellent showing for Edison. He broke through the Colts’ offensive line to pressure Ale numerous times, and mowed down Carson’s rushers almost every time they ran through the middle.

DB Micah Gardner played well for Carson, finishing with an interception and a number of passes defensed.

LIGHTS GO OUT FOR CARSON

The lights went out at Carson with 1:40 left in the first half. At the time, the score was only 21-7, and it still felt like a game. As soon as the lights came back on, roughly 20 minutes later, Hanlon completed a long pass to a stretched-out Koffler for a highlight touchdown. The lights went out on Carson late in the second quarter both literally and figuratively.

It wasn’t a done deal for Edison going into halftime with a 27-7 lead, but it was close. Carson had a number of drives that almost resulted in scores before then. And some of Edison’s touchdowns were nearly prevented as well. But early in the third, Boyles led Edison on a long touchdown drive that culminated with a one-yard rushing TB from Walters. At that point, Carson looked frustrated, and the game was practically finished.

“We can’t do anything without our O-line. Our O-line is everything. They mean everything to us. Everything I got was all them,” Liau told Scorebook Live.

Offensive linemen don’t really have stats to show their impact, and rarely get enough credit. But it was visible to anyone watching Edison Thursday night that their O-line was the biggest difference in this game.

Carson was frustrated, but the Colts played hard, and they battled, and they have plenty of talent.

Getting blown out at home was probably not what they expected after losing by just one point to an excellent Millikan team in week zero. But they’ll need to bounce back quickly in order to have a chance next Friday against a very good Cathedral team.

Carson will play at Cathedral (Los Angeles) on Friday, Sept. 6. Edison’s next game is Friday as well, at Huntington Beach High School against Orange Lutheran.