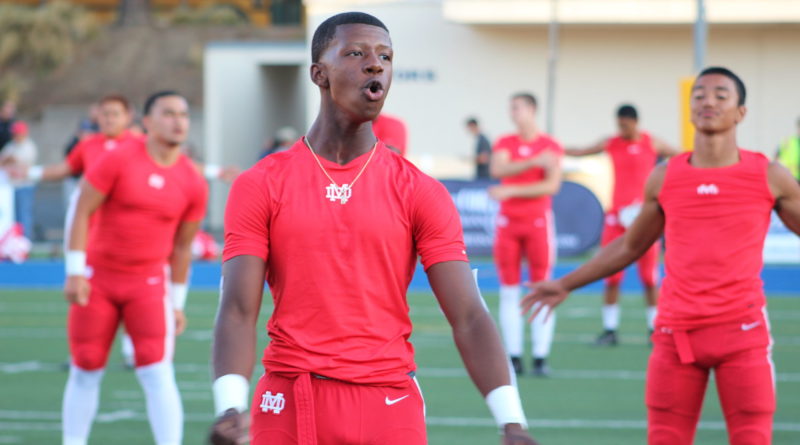 Here are the Top 10 defensive backs:

Harvey intercepted seven passes as a sophomore. He’s emerged as a national recruit and has received scholarship offers from LSU, Nebraska and Oregon. In Sierra Canyon’s 2019 opener, Harvey caught a touchdown pass in a 26-7 win over Westlake.

Humphrey exploded onto the national scene in the offseason. He started the spring without any scholarship offers, but performed so well at the Opening regional camp in Oakland that he earned an invitation to the Opening Finals in Frisco, Texas. He is committed to UCLA.

Football might not even be Vaughn’s top sport. He also plays baseball for St. John Bosco and is a two-way MLB prospect at third-base and as a pitcher. He wants to play both sports in college. In football, he holds scholarship offers from LSU, Penn State and UCLA.

Esteen has 19 career picks. His name will be in the Southern Section record book if he continues to intercept passes at such a high rate.

Greenfield was instrumental in Crenshaw’s state championship run in 2017. He played at Bingham High in Utah as a junior. The Oregon commit is now at Narbonne and is a part of one of the top secondaries in the region.

Green-Warren was one-half of the best cornerback duo in the state in 2019. Alongside Elias Ricks, Green-Warren led a Mater Dei defense that won Southern Section and State open division titles. The cornerback finished the year with three interceptions and only 21 solo tackles. Quarterbacks didn’t throw his way too much. He’s now at Narbonne.

Phillips is an Ohio State commit. He began the 2019 season with a two interception performance in La Habra’s 21-14 win over Upland.