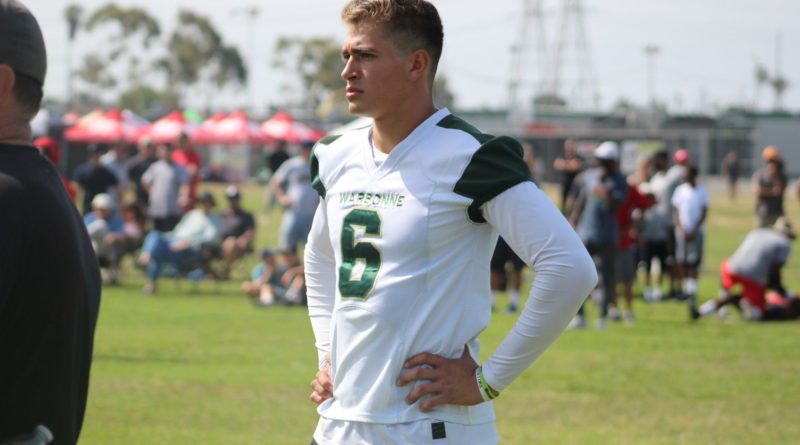 Jackson Dadich made a solid debut under center and the Patriots defense dominated in a 34-0 win over Harvard-Westlake.

In Garfield’s 27-6 win over Montebello, Anthony Ruvalcaba had five sacks, a forced fumble and a PAT block.

Joshua Ward rushed for two scores in a 25-0 win over North Torrance. The Pirates won their opener for the first time since 2013.

Luca Diamont and Everson Bozeman each rushed for over 100 yards in Venice’s 26-10 win over El Camino Real.

Bradley Pierce rushed for over 100 yards and a score in San Fernando’s 22-14 win over Leuzinger. Pierce also plays linebacker for the Tigers.

Banning lost to Cathedral but move up because the Pilots hung around in the 21-6 defeat. Running back and linebacker Jakob Galloway looks like a great player.

The Colts were stunned late against Millikan.

Juan Solorio’s tenure begins with a 10-6 road win over Dorsey.

The Cougars debut at number ten in our rankings after an impressive 40-20 win over Reseda. James Jenkins caught three touchdown passes from Davontae Haulcy and Isaiah Willard recorded five sacks in the win.