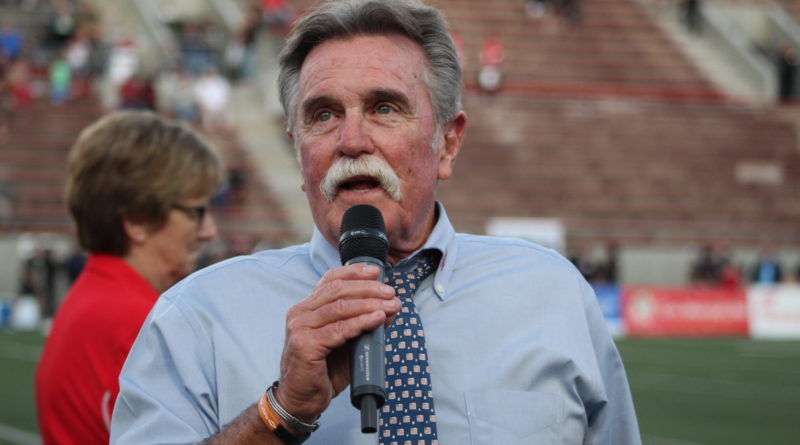 Every Monday, Scoreboook Live California reporter Connor Morrissette highlights the top performers and the most intriguing storylines in Southern California high school football. You can find his column archive here.

Week 0 in Southern California high school football featured some big hits, a new Orange County passing record and some eye-brow raising results in the City Section. Let’s get down to business.

We knew Garbers had a chance to set passing records this season, but we didn’t think the Washington commit would rewrite the record book so quickly.

John Humphreys, Bradley Schlom, Simon Hall and Mark Redman all caught at least one touchdown in the game. Postgame, a very modest Garbers spoke with Manny Alvarez of OCVarsity.

“The credit goes to all of my teammates, the offensive line, the receivers,” Garbers said. “They did all of the work, I just spread the ball around. Everyone got a touchdown tonight out of our receiving crew. I love it.”

Corona del Mar faces Mountain View St. Francis on the road this Friday. What will Garbers have up his sleeve in that one?

Mater Dei took down Corona Centennial 42-12 Friday and St. John Bosco beat DeMatha (Md.) 35-7 on Saturday. I was at both games.

Last week we rolled out our Southern California high school football preseason rankings. I put St. John Bosco at number one and made the prediction that Logan Loya would be the difference maker for the Braves in their pursuit of a section and state championship.

My prediction could still come true, but right now there is no denying that Mater Dei is the best team in the area. Both teams played nationally ranked opponents in week one and it was Mater Dei that had the better showing.

After the Monarchs’ win, head coach Bruce Rollinson expressed his delight with both his offense and defense.

“I thought the offense really did a good job, picking it up,” Rollinson said. “We executed well and I can’t say enough about the defense. They had two goal line stands. That’s a difference maker.”

“I was happy we got a solid victory,” Negro said. “We won by 28 points over a nationally ranked team, and we were nowhere near our best. We struggled offensively just getting lined up sometimes, false starts, holding calls, penalties, errant throws, drops. There are a litany of things we made a mistake on, on the offensive side.”

That should tell you plenty.

SEPARATION AT THE TOP

After Mater Dei’s win over Corona Centennial, I asked Cen10 head coach Matt Logan if the consensus third-best team in the area getting blown out twice in a row against Mater Dei was good for high school football.

“There is a little bit more of a separation than what there has been probably, but we’ve got to come out and just get better,” Logan responded. “The only rankings that matter are the ones at the end. … There’s a lot of football to be played.”

Let’s be honest: we’ll probably get Mater Dei vs. St. John Bosco in the Southern Section championship game again. We can debate if that’s good or bad, but right now that’s the reality and probably will be for future seasons as well.

Scorebook Live’s LA City section rankings came out last week, as did our first ever LA City coaches poll. The rankings were pretty similar, but in Week 0 there were definitely some surprising results that no one saw coming.

Cleveland was shut out by Palisades last season, losing 27-0. On Friday, they stunned Palisades 28-25. New head coach Scott Faer installed the double wing for 2019 and all of a sudden the Cavaliers are a different team. Kariem Muhammad rushed for 141 yards and Caleb McCarty ran for 188 yards in the victory.

We had Palisades pegged as an Open Division team this season. The good news for Dolphins fans is that Pali will have plenty of chances to pick up quality wins in the Western League and that could still be a possibility.

Cleveland should be ecstatic with their opening win. Once teams analyze the tape on the Cavaliers, we’ll see if the double wing is still as successful. Either way, Cleveland put the West Valley league on notice.

Crenshaw recorded a big 40-20 win over Reseda on Friday at home in their season opener. The Cougars were not ranked on either list to begin the season.

Franklin still looks like the Division 2 favorite, but Canoga Park will surely contend.

In Millikan’s 29-28 win over Carson, Qeanu Campbell-Caldwell hit Ezavier Staples for the go-ahead touchdown with 19 seconds left. Check out the highlights from our friends at The562.org below.

It was illegal. It drew a penalty flag. But it was the highlight of the weekend. If you haven’t seen Justin Flowe’s suplex yet, here it is:

Oaks Christian squeaking past Chaminade 13-7 was a surprising result. A year ago Oaks beat ‘Nade 31-13 to open the season. It’s only one game, but it makes you wonder if the Lions are Southern Section D-1 material this season.

Muir beating Western 26-6 surprised me as well. Muir managed to keep the Savage twins in check even without Northview transfer Jamier Johnson, who is missing the first five games due to the sit out period.