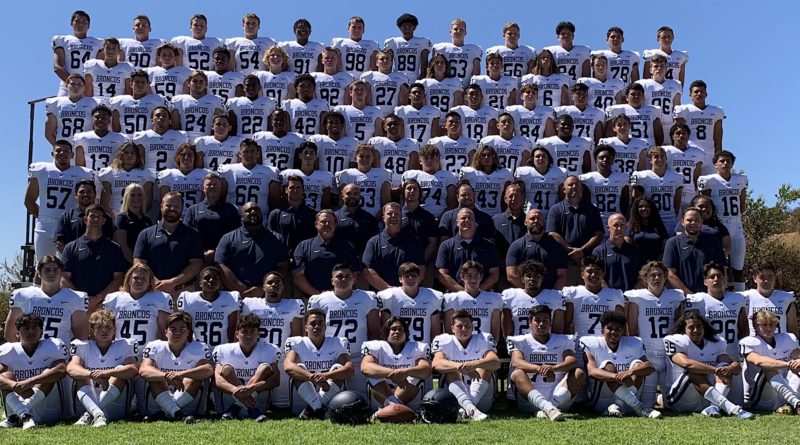 Overall record: 8-3 (5-0 in league, 1st in the Southwestern League). Vista Murrieta lost 42-40 in overtime to Rancho Cucamonga in the first round of the Division 1 playoffs.

Eric Peterson is entering his second season as Vista Murrieta’s head coach. He is also the defensive coordinator.

League Offensive MVP Robert Coleman threw for 572 yards and 13 touchdowns last season, and ran for 578 yards too. The 3-star recruit has already received an offer from Cornell.

Masiva made First Team All-League last season after registering 51 tackles (15 for loss and 40 unassisted). Since his junior season, he’s reportedly added another 20 pounds as well.

Shakir broke out last season as a lockdown cornerback and was rewarded with First Team All-League honors. He’s receiving D-1 interest, and following up on his great junior year should result in offers.

Vista Murrieta is looking to repeat as league champs and perhaps go deeper in the playoffs after a strong 2018. They’re returning six players on both sides of the ball, including a number of last year’s stars. This roster is a nice blend of seniors and promising younger talent, and should be a balanced team overall.

On offense, the Broncos are returning Southwestern League Offensive MVP Robert Coleman. Of his 1,150 total yards, the 3-star dual threat QB split them almost exactly in half between passing and rushing. They’re also returning their top RB, Second Team All-League member Raqueal Wagstaff, and D-1 prospect Jalen Boston at WR. Additionally, Vista Murrieta has an elite TE tandem in Jack Pedersen and Edward Ta’amilo, who have both received D-1 offers. Second Team All-League honoree David Shinn will be tasked with leading a young offensive line. And lastly, they have an elite kicker/punter duo in Josh Baron and TJ Matthews, respectively.

The Broncos will struggle to replace the loss of last season’s League Defensive Player of the Year, Samuela Mounga, but they still have a number of standout defenders returning. Peni Masiva was First Team All-League last season and is joined on the line by another standout DE in Travis Johnson. Ta’amilo doubles as a standout OLB. CB Tyreese Shakir will highlight the secondary after making First Team All-League as a junior. Also anchoring the defensive backfield is Second Team All-League free safety Hunter Escorcia, a Washington State commit.