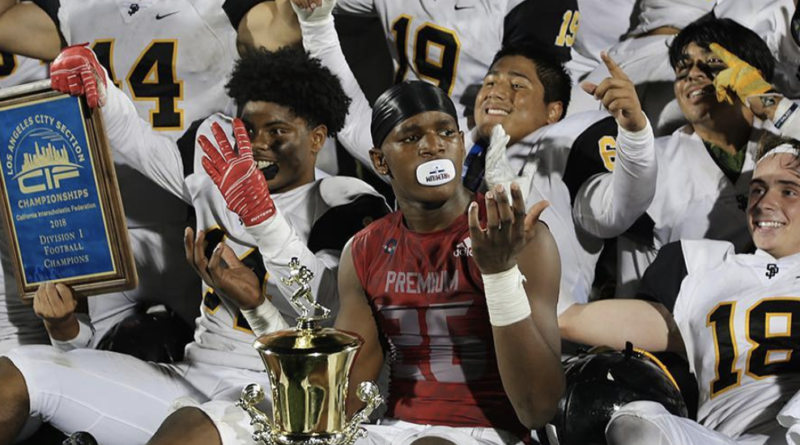 Earlier this week, Scorebook Live California released the first LA City Section preseason football coaches poll of the year. The results are below.

Scorebook Live California’s Connor Morrissette released his City Section Division 1 football preview Wednesday morning and included his preseason rankings at the tail end of the post. They are listed below.

Both the LA City coaches and Scorebook Live California agree on the section’s top four teams. Narbonne is the clear number one and then Birmingham, Garfield and Carson are the teams most likely to battle it out with Narbonne in the Open Division Championship.

From there, there are some differences. The coaches have Venice at five, we have them at eight. We put Venice a little lower because even though they bring back star quarterback Luca Diamont, Diamont’s top two targets a years ago transferred out. We want to see who emerges at the receiver spot before putting them in the top five.

Scorebook Live California has San Pedro at five and the coaches have the Pirates at six. Division 1 player of the year Joshua Ward is back for San Pedro, which is why both lists include Pedro right in the middle of the top ten. They’re a good team.

Both lists put San Fernando and Banning in similar spots. There are disagreements on Palisades, Dorsey and Fairfax however.

We have Palisades at six because they are coming off of a 4-1 Western League campaign where they beat arch rival Venice. We like that they bring back a stud on either side of the ball in QB Forrest Brock and LB Syaire Riley.

We like Fairfax because they bring back Jordan Reed, an All-City running back. Sophomore Shlomo Bass is a young tackle, but he’s very impressive. The Lions will be able to run the ball. Even though Dorsey beat Fairfax a year ago in the playoffs, there isn’t too much information out about the Dons in 2019. We want to see them prove themselves a bit before we include them.

What’s nice is that Fairfax hosts Dorsey on Friday. Isn’t it great how things can just work themselves out sometimes? The winner will surely be in both top 10s next week.