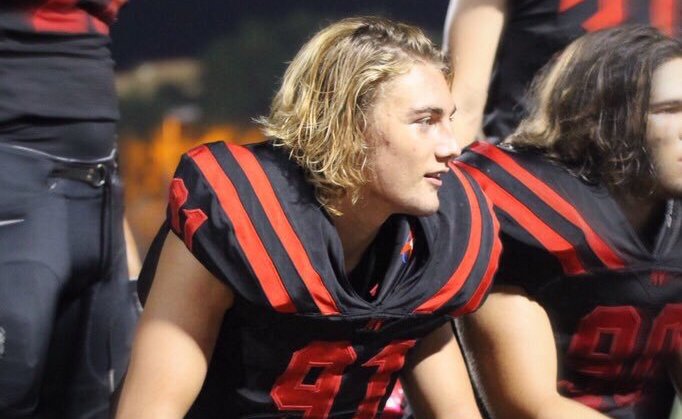 Overall record: 6-5 (4-1 in league, 2nd in the Southwestern League). Murrieta Valley lost 49-26 to San Clemente in the first round of the Division 1 playoffs.

George Wilson has been Murrieta Valley’s head coach since 2014.

3-star recruit and USC commit Jack Yary brings both exceptional receiving and blocking to the tight end position. At 6-6, 250 pounds, 247 ranks Yary as a top 20 senior TE in the country. He recorded 386 receiving yards and six touchdowns last year.

Murrieta Valley may be hard-pressed not to regress a little offensively after losing superstar QB Hank Bachmeier to Boise State. Their leading rusher and receiver both graduated as well. Yet despite all of that, the Nighthawks are returning an eye-opening amount of talent on offense as well as defense.

Bachmeier’s replacement will have a litany of great receiving options between WRs Taliq Brown and Emilio Valencia, and TE Jack Yary. Additionally, Tayven Lampley came on strong down the stretch last season as a freshman. Also helping create will be a great RB in Corie Johnson, who rushed for 564 yards last season.

DE Ethan Helton and LB Jaden Dillon return to anchor the interior after both making First Team All-League last year. Helton was good for 67 tackles, including team-highs in tackles for loss (16), QB hurries (16), and sacks (9). Dillon recorded 56 tackles as well. At 5-11, 250, senior DT Body Frye will be expected to help lead the line too. Jessie Espinoza and Drew Waelde make a solid tandem at cornerback.