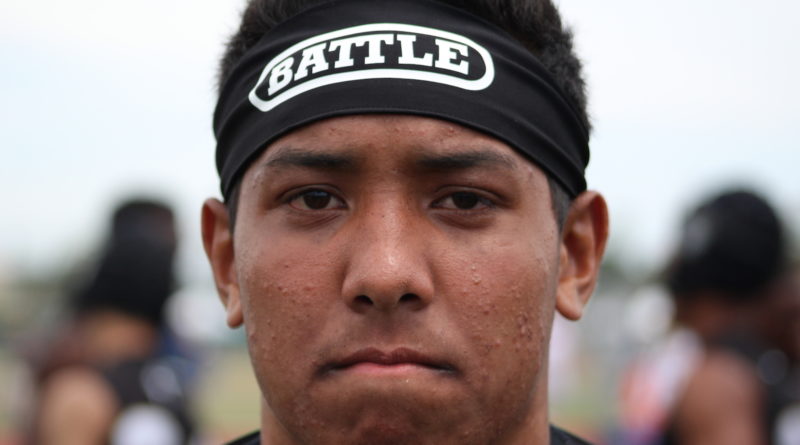 Here’s an inside look at the CIF Southern Section Division 1/2 Servite football team.

Troy Thomas is entering his second season of his second tenure as Servite’s head coach. Over his time at Servite (2005-2012, 2018) he’s 79-30, including two state championships and seven league championships.

Standing 6-4, 335 pounds, UNLV commit Jeminai Leuta-ulu is looking to improve on last season’s Second Team All-League campaign. He’s a 3-star prospect who might still be on the rise.

Fuentes returns for his senior year after rushing for over 500 yards and earning First Team All-League honors.

3-star recruit Noah Avinger shines on both sides of the ball. He was a featured target at receiver, and earned Second Team All-League honors as a DB.

Servite was an extremely strong and talented football team last season compared to most schools in the country, but they still missed the playoffs. For a young team in the elite Trinity League, that’s just how it goes.

This year, though, the Friars are returning nine starters on each side of the ball. They’re in great position to take a huge leap into making the playoffs and potentially going on a run. A historically great program, Servite has produced 18 NFL players and won multiple state championships and might be well on its way back to contention.

Then there’s sophomore Tetairoa McMillan. He hasn’t played varsity yet, but 247 has him ranked as the top sophomore wide receiver in the entire country. McMillan has already received offers from BYU, Arizona State, and Nebraska, among others. So the odds are, he’ll be yet another impact player from the get-go.

Additionally, Servite has one of the best offensive lines in the entire state behind Jemini Leuta-ulu, Robert Krebs, and Nick Martinez. Leuta-ulu (6-4, 335) and Martinez (6-5, 290) are both 3-star recruits who are committed to UNLV and Kansas, respectively. They also have an elite long snapper in Jacob Garcia.

On defense, DBs Karrington Dennis, Noah Avinger, and Zedakiah Centers make a powerful all-league trio in the secondary. Avinger is a 3-star recruit with an Oregon offer, and Dennis has received interest from Cal Poly and UC Davis. Second Team All-League LB Tristen Wilson is returning as well. Their ability to replace some key seniors on the defensive line will likely be a determining wildcard this season.